Film showing the violent reaction of Mojahedin-e Khalq to the families trying to visit their children who are being held captive inside the camp by the Rajavis. 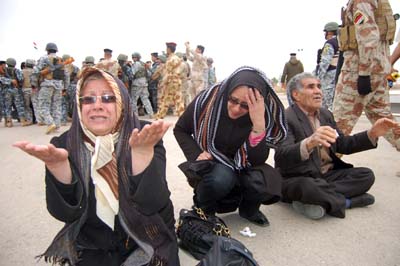 This report is a short, logical addition to the mountain of statements which the MEK have issued in recent days. It has been published to further apprise those interested in this issue of what has taken place.

What was it that the MEK was after when they attacked the families? 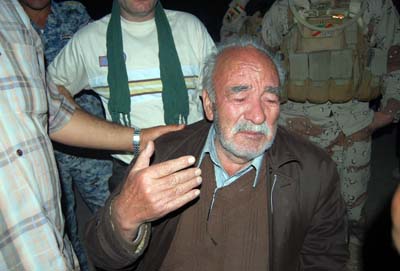 One basic fact shouts louder than all others and that is, that for 66 days the MEK leaders have refused all access to the victims inside the camp. The MEK leaders did not let the families see their children even for a minute. It is also clear that the MEK began the attack and that they had planned and coordinated it with all the MEK’s systems ready to play their parts, in particular the MEK’s relentless propaganda system – resulting in the mountain of statements.

The families have been waiting for many weeks in front of the gates of the camp to see their children. The MEK leaders have obdurately refused them access. The families became so desperate to make contact that they started speaking over loud speakers so they would be noticed by the people inside. Their motivation has been to try to let their children know that they are there
. 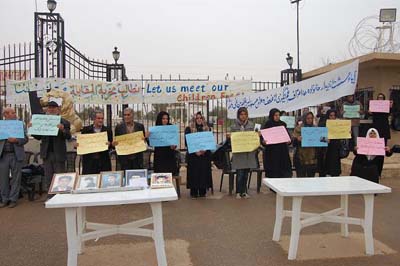 The MEK is facing a serious problem in keeping its members people under control. They are doing everything to stop them hearing the voices of the families, and to stop them from escaping.

After Iman’s escape, the leaders increased the checkpoints inside the camp and have implemented restrictive laws to prevent people from escaping.

The leaders now know that they can no longer control every disaffected person – and there are many, many of them in the camp. And they now know that the families have no intention of moving from the gates of the camp.

The families report that they are very happy to have news that Mojahedin leader Maryam Rajavi has been writing to the UN, so that someone there will be forced to take notice of their problems. They are waiting eagerly to see why it is that the UN does not take any action against the MEK’s hostage-taking terrorist leaders who are backed by some murderers in America and Israel.

The families have a clear message for all: They will not leave without their children. They also warn that other families are also on their way.