Iraq confirms its intention to remove the Mojahedin Khalq and the U.S. offers to host them in Europe 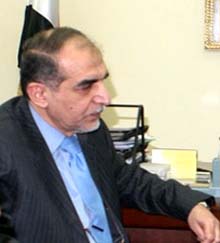 In an interview for Alsumaria News, al-Sheik said there were "a number of important files that need to be addressed by the new government, most notably the file of the PMOI opposition". He noted that, "the new Iraqi government will put an end to its presence due to its negative role in Iraq before and now."

The National Security Adviser said that the organization "has, in the recent parliamentary elections, provided a European Member of Parliament with misrepresentations on the issue of fraud in the elections in Iraq, and after we looked at the source of the news, we know it came from [the PMOI]."

Al-Sheik said, "The Mojahedin-e Khalq Organization working in Iraq under the guise of a number of organizations is deceptive, used as a front to play a negative role in Iraq against the parties and the government". He said, "Baghdad has the names of those pseudo organizations used by the organization as fronts".

The National Security Adviser lamented the lack of cooperation by European countries and the United States and Iraq in this area, asserting that "the States is concerned with the subject of the Mojahedin but refuses to accept any of the members of the organization in their country as refugees because it is classified as a terrorist entity”. According to al-Sheik, “At the same time, the States demands that Iraq keep the members on humanitarian grounds, which is an irresolvable and duplicitous way of dealing with the subject”.

In late January 2009, the European Union removed the PMOI from its list of terrorist organizations; a move strongly condemned by the Iranian government and the Government of Iraq which has long sought a solution to closing the organisation’s base Camp Ashraf in Khalis district, Diyala (55 kilometers) northeast of Baghdad, either by voluntary repatriation to Iran, or by transferring them to places deep in the desert, or to a third country. But things have remained the same.

The new National Security Advisor said that "the negative role played by the Mojahedin organization in Iraqi affairs was stopped significantly after the Iraqi security forces took control of Camp Ashraf," pointing to "the organization’s involvement in previous operations to oppress the Iraqi people during the former regime."

The regime of Saddam Hussein provided the organization with a lot of financial, military and political support, particularly during the Iran-Iraq war.

Safa al-Sheik said the organization was "involved in providing support for some political actors and others to incite violence against the current government," pointing out that the former National Security Adviser, Dr. Mowaffaq al-Rubaie, had disclosed this information in 2008. He stated that Iraqi politicians had seized money from the organization and said, "We have full confidence that al-Rubaie had sound information."

The new National Security Adviser, a former Deputy since 2004, can effect the removal of the Mojahedin-e Khalq Organization from Iraq "positively as regards Iraqi-Iranian relations". But he also said that Iraq was "not prepared to compromise on their presence in Iraqi territory, and remains committed to observing human rights conventions while it takes any action toward the Organization".

For his part, U.S. forces spokesman General Stephen Lanza, said in an interview with Alsumaria News that his country’s troops "had started to close the military base Camp Ashraf used by the People’s Mojahedin Organization based in the province of Diyala."

Lanza said, "The Iraqi government and the U.S. Department of Defense will be holding a special meeting in the coming period with the MEK to make representation to the members of the Mojahedin on their accommodation in European countries", pointing out that "The Iraqi government is required to deal with them humanely."…

… Lanza said that "Iraqi security forces imposed full control over Camp Ashraf, which includes 3400 members of the Organization, after taking over security responsibility from U.S. forces, but they deal with them harshly," stressing "the need to resolve Camp Ashraf peacefully and not stir up trouble with the government of Iraq".

The Mojahedin organization was founded in 1965 by academics and intellectual Iranians to overthrow the Shah’s regime. It started as a left-wing Muslim opposition to the Shah’s regime, but disagreed with the system of Islamic rule in Iran after the Islamic revolution in Iran in 1979 .. it later became, and still is, a fierce opponent of Tehran…
Al Sumaria News, Baghdad