Ms. Faridipour
We do not know how we can inform you about the contents of this letter, as there is no means to 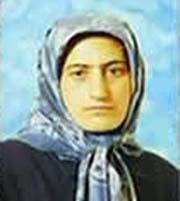 The truth is that the Iraqi authorities and the Iraqi forces have no objections for a nurse and an interpreter to accompany you to the hospital in Baghdad, but the cult demands one of its officials to escort you. This might be quite normal for those mind manipulated members of the cult that no one (even MKO members in Europe and America) is allowed to move to anywhere without being accompanied by a “minder”!, but this is not normal for those who are not living in a cult. The MKO leaders wish to send a minder along with you to make sure that you do not make any contact with the outside world. They do not want you to be away from the regular brainwashing practices for even one night. You think the people outside the cult would understand such a humiliation to an individual?

You might know that it is now more than 9 months that some families of the members seized inside Ashraf garrison are picketing outside Ashraf gates and demand to visit their loved ones after many years. The cult claims that their voice bothers those staying in the hospital; therefore you surely have heard them. Perhaps we can let you know about the context of this letter in this manner. What is your opinion about these families? Do they have the right to visit and embrace their relatives after so many years or not?

We have no doubt that the cult leaders have forced you to talk in front of the camera and pushed you to enter their political game in favor of certain cliques against the Iraqi government. And yet the MKO claims that the presence of the families outside Ashraf garrison and their demand of visiting their loved ones is a political showoff. This has certainly occurred to your mind that the cult leaders do not care about your health and they only think about their political purposes. Their intention is to misuse your situation to create controversy in order to cover up their own deadlock. Why is the cult in a situation that the leaders are scared to let a high ranking member to stay outside Ashraf garrison for a short period and be away from the tight control of the cult?

Actually the government and the authorities of Iraq as well as the Iraqi forces have been ever so compliant against a foreign terrorist organization inside their country. The MKO cult has privileges inside Iraq that many citizens do not have in their own country. No foreign force has experienced the extent of freedom that the MKO is enjoying in Iraq. The MKO terrorist cult backed by warmongering elements in the western policy does interfere inside Iraq’s internal affairs and consider the cult above the law in this country. But what is important is that some have been sacrificed and Rajavi does not care about their comfort and their lives and sees them as his own slaves and tools. Should everything be done and be used for the desires of the leader?

We in the SFF executive committee wholeheartedly wish you well very soon and we would do all in our capacity to make sure that you would be moved to the hospital in Baghdad, Although the cult leaders do not wish so and they would do anything to stop you going to the hospital. We are certain that Rajavi is willing to see something happens to you and he would have some fuel for his propaganda machine.