Supporters of MEK Terrorists in the Land of Double Standards

Here is an interesting piece of news from the Washington Post (dated 23 December 2010). "A group of prominent U.S. Republicans" went to Paris last month to attend a rally of the French Committee for a Democratic Iran. This organization just happens to be intimately connected with the Mujaheddin-e Khalq (MEK). And what is the MEK? It is a Iranian exile group, originally Marxist in ideology, that has been on the State Department’s list of terrorist organizations since 1997. And, as we will see, our "prominent Republican" visitors knew of this connection–knew it and apparently were not put off by the fact at all.

As described by the Washington Post, it must have been quite a spectacle. There were "former New York mayor Rudolph Giuliani, former secretary of homeland security Tom Ridge, former White House homeland security adviser Frances F. Townsend and former attorney general Michael Mukasey (let’s call them the Paris Four) publically demanding that "Obama…take the controversial Mujaheddin-e Khalq opposition group off the U.S. list of foreign terrorist organizations and incorporate it into efforts to overturn the mullah-led government in Tehran." In other words, these four stalwart defenders of the homeland from terrorism were lending material support to a designated terrorist organization through speech that was coordinated to enhance the cause of that group. As Giuliani put it, "The United States should not just be on your [the MEK’s] side. It should be enthusiastically on your side. You want the same things we want."

On the face it, such speech makes the Paris Four self-proclaimed felons. David Cole, one of the best civil rights lawyers in the U.S., explains the situation in a New York Times op-ed (dated 2 January 2011). "The problem is that the United States government has labeled the Mujahedeen Khalq a ‘foreign terrorist organization,’ making it a crime to provide it, directly or indirectly, with any material support. And, according to the Justice Department …material support includes not only cash and other tangible aid, but also speech coordinated with a ‘foreign terrorist organization’ for its benefit."

As Cole points out this law is a serious infringement of the First Amendment rights of U.S. citizens and it was recently challenged in the courts in the case "Holder v. Humanitarian Law Project." It was the Obama administration that successfully upheld the law before the Supreme Court. Subsequently, the FBI has been issuing subpoenas and raiding homes of people in Chicago and Minneapolis who allegedly have connections with Palestinian and Columbian resistence organizations.

The actions of the Paris Four should create a dilemma for President Obama. Consistency in applying the law demands that he make sure that Giuliani, Ridge, Townsend and Mukasey are treated in the same way his Justice Department is treating people in Chicago and Minneapolis. Will he do so? If Obama runs true to form he will do not treat the Paris Four in the same fashion. It is to be noted that the President has already refused to pursue criminals associated with the previous Bush administration. The Paris Four will most likely be folded into this category of people exempt from prosecution. Why the double standards? Well, the president is very big on political consensus. The folks in the mid west who may or may not have given "material support" to designated "terrorists" in Palestine or Latin America have no political power, they cannot block or forward legislation, they can demand no national press time. But those just back from Paris can. In other words, if you are influential enough, you are protected from the same laws that are actively applied to other less powerful people.

Maybe it has always been this way. Clarence Darrow once observed that "the law does not pretend to punish everything that is dishonest. That would seriously interfere with business." And that certainly can be taken as the motto of our last administration. George W. Bush and his cronies violated domestic and international law with such regularity that we came to expect it of them. Their behavior readily matched their personalities and they sought out others just as corrupt to be their subalterns. So we were disgusted, but not particularly shocked. It is somehow worse when such behavior comes out of the Obama administration. We did not expect it of him (after all, the man is a constitutional lawyer) and such behavior does not seem to fit with the person we thought he was. But, alas, we may have been wrong.

Generally speaking, laws constitute the rules that keep a society civil. That is particularly true in democracies where there is a connection between rules and the popular will. But the situation is in fact precarious one. Respect for the law, even where it is made by representative bodies, can be quickly eroded by arbitrary and corrupt enforcement. As Supreme Court Justice Louis Brandeis once said, "if we desire respect for the law, we must first make the law respectable." Sometimes lack of respect can be generated by the passage of bad laws, such as the one considered here. But within the American system bad laws do come and go. We have seen them before in our history and the ability to repeal them, to purge ourselves of them, is one of the system’s saving graces. In this case it is something else that is undermining respect for the law. It is politically influenced enforcement, the subordinating of our legal codes to whatever "business" is at hand, that is putting the system at risk. 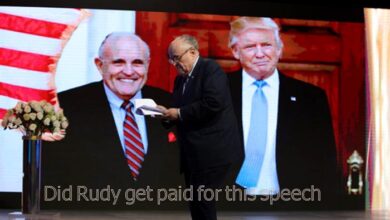