The Habilian Association, an Iran-based human rights group, reported that the yearlong protests by the family members and relatives of the members of the Mojahedin-e Khalq Organization outside the terrorist group’s main training camp in Iraq have yielded positive results. 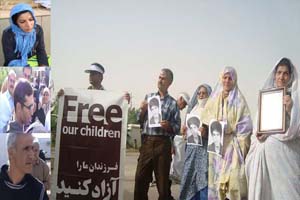 According to a report published by the website of the Habilian association – a human rights group formed of the family members and relatives of the Iranian victims of terrorism – the MKO ringleaders have already adopted numerous measures to confront those relatives who have camped outside the Camp of New Iraq (formerly known as Camp Ashraf) in Iraq’s Northern province of Diyala for over a year now.

The report said despite all the suppressive moves made by the MKO, the yearlong protests by the families have yielded good results as families insist on their demand for the release of their beloved ones who are said to be held inside the camp against their will.

Meantime, different groups of the Iraqi people have on various occasions gathered outside the main training center of the MKO in Iraq and called for the expulsion of the terrorist group from the country’s soil.

Iranian relatives of some MKO members also joined the protesters.
The MKO has been in Iraq’s Diyala province since the 1980s. 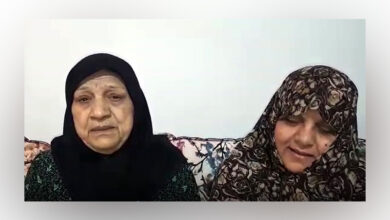 MEK hostage mum: I grieved to raise my son