A group of prominent Iranian human rights activists and intellectuals have responded to the horrendous killings of the Mojahedin Khalq Organization members by publishing an open letter condemning the killings. The moderate and peaceful spirit of the letter is commendable and deserves support. 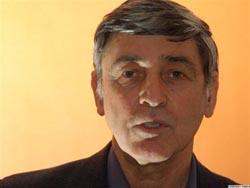 Harm to MKO members was feared from the day Saddam Hussein’s regime came to its end. Iranian freedom-lovers knew that in view of the nature of the new regime in Iraq the MKO would have difficulty in maintaining its camp, Ashraf Camp and organization. The new political realities would one day come bring their status to a dead-end. It was clear from many years ago that it was prudent for MKO leaders to decide to that its members should migrate to other countries.

When the US handed over Iraq’s complete sovereignty to the Iraqi government concerns amplified about the imminent catastrophe. Many Iranian organizations, including Etehade Jomhurikhahan Iran (The Union of Iranian Republicans) rightfully stressed the need for the MKO to immediately depart Iraq while also emphasizing governments to encourage the MKO to do this.

Unfortunately the leadership of the MKO spent its greatest and most effective resources on a campaign whose goal was to attain the right to remain at Ashraf Camp.

In view of the political goals and policies of the MKO today vis-à-vis the governments of Iran and Iraq, it is clear that attempts to maintain the MKO in Ashraf Camp will only lead to more violence and clashes. When the Mojahedin settled in Iraq Saddam Hossein ruled over Iraq and the war between his government and the Islamic republic of Iran was in full swing. The MKO too wanted to continue their war with the Islamic republic. Because of this, they received the full support of the Iraqi government and at the least their security was completely provided to them. Saddam’s relations with the MKO were very cordial while those with the Shiites and the Kurds were deeply inimical.

Today, the MKO is active in toppling both regimes ruling Iran and Iraq. On the other hand, the governments of Iran and Iraq are closely cooperating with each other.

In recent months, some very influential politicians and political circles in the US have been actively supporting Mrs. Rajavi – as president – and strive to use the force at Ashraf Camp to change the Iranian regime. During the last three months alone, six important conferences were held in this regard and all six looked at this force as the agent of change in Iran.
At these conferences US general James Jones, Obama administration’s former national security advisor is the key driver.

As these conferences began and progressed, it was clear that the Iranian and Iraqi regimes would not tolerate General Jones’s proposals regarding Iran. At the time I wrote a piece explaining that a new game had begun which was another source of danger for the country and the region.

The condemnation of the tragedy that took place on the morning of April 8 in Ashraf Camp is the least and simplest response that Iranian pro-democracy activists can undertake. But our responsibility goes further. We have a deep responsibility towards the 3,500 individuals who are trapped in the neo-conservatist policies of the US and Israeli dreams for Iran. The policy of staying and preparing itself for the eventual outcome pursued by the MKO cannot last. Pressure and insistence of the neo-conservatists for using this force as a pressure against the Iranian regime must end.

Before the tragedy repeats itself, now is the time to approach the MKO and its powerful international supporters and press for the organization to submit its request to the UN Secretary General to resettle the group and its members in a secure country, while at the same time condemning any killing or bloodshed by the Iraqi army and to press the Iraqi government to announce a moratorium on the MKO.

I specifically request of the MKO, General Jones, John Bolton, Mrs. Mary Robinson, and Messrs. Howard Deen and Patrick Kennedy who are the most influential supporters of keeping the MKO and recognizing it as the alternative to the Iranian regime to facilitate the departure of this group from Iraq and set a specific date for this. At the same time, the Iraqi government should provided assurance that it would not enforce its sovereignty over Ashraf Camp until the departure of the MKO.