Iraqi Foreign Minister Hoshyar Zebari says the decision to shut down the Camp Ashraf has been made by his country’s government.

Camp Ashraf is a place in Iraq, where the members of the terrorist Mojahedin Khalq Organization, have been confined since the fall of the Baathist regime in 2003.

Speaking to the Mehr News Agency in Baghdad, Zebari said that Iraq has asked the international institutions and European countries to accept the MKO members after they are deported.
Ibrahim Jafari, a former Iraqi prime minister and a sitting lawmaker, also says the demand for expulsion of MKO was made by all Iraqi groups and people.

Since 2003, when Saddam Hussein was outsted, the Iraqi people have sought the expulsion of the terrorist group from their country, Jafari told the Mehr News Agency.

The Iraqi people have no positive image of the MKO members and that is the reason behind their demand, he noted.

In addition, an Iraqi news agency recently reported that during a telephone conversation with EU foreign policy chief Catherine Ashton, Zebari said the Iraqi government had decided to expel the terrorist group within six months.

Thousands of Iraqis recently held demonstrations in front of Camp Ashraf, in which they demanded that the Iraqi government deport all the MKO members residing in the country.

The Saddam regime used MKO forces as mercenaries in suppressing dissident Shias and Kurds in south and northern Iraq.

US seeks to keep Mojahedin Khalq in Iraq 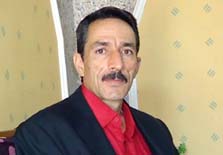 Another MKO member escapes the cult