Iran remembers the victims of terrorism.
Tehran is hosting a photo and poster exhibition to commemorate those killed in terrorist operations launched by the Iraq-based MKO.
The exhibition showcases the photos of a group of 12000 Iranians who have fallen victim to the terrorist nature of this group since the victory of the Islamic Revolution back in 1979. 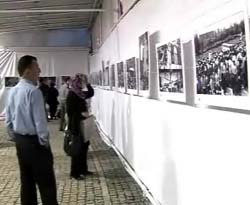 This exhibition has been set up to show the true nature of the MKO and its supporters. In this exhibition we have also unveiled the links between the MKO and several other terrorist groups like Jondullah.
The Iraq-based MKO is listed as a terrorist group by much of the international community, but the US and a number of its European allies still throw weight behind the group. 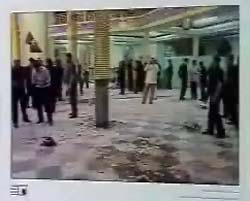 Founded in the 1960s, the MKO has masterminded a slew of terrorist operations in Iran and Iraq, killing thousands of people and wounding many more.
The group is especially notorious in Iran because they took sides with former Iraqi dictator Saddam Hussein during the 1980-1988 Iraqi-imposed war on Iran.
Aside from ordinary people, the MKO has assassinated almost 200 revolutionary and important figures of the Islamic Republic of Iran including former Iranian President Mohammad-Ali Rajaei, Prime Minister Mohammad-Javad Bahonar, and Judiciary Chief Mohammad Husseini Beheshti. All were assassinated in 1981.