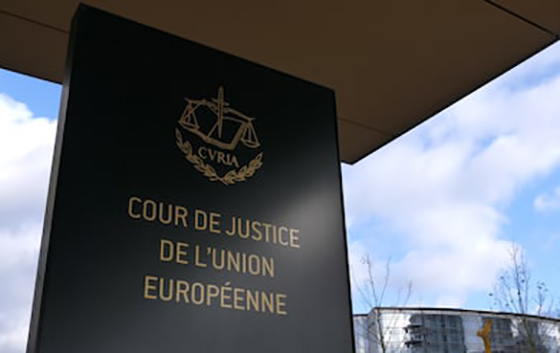 In December 2008, the Court of First Instance (now called the General Court), annulled a Council Decision including the People’s Mojahedin Organisation of Iran on the European list of terrorist organisations whose funds and other financial assets were to be frozen1. This was the third occasion on which that Court had annulled a decision of this kind.
The previous decisions that had been annulled by the General Court2 had been based on the existence of a UK decision proscribing PMOI, the existence of such a decision by a competent authority at national level being a prerequisite for including an organisation on the EU list. However, PMOI was removed from the list of proscribed organisations in the UK on 24 June 2008, following a ruling of a national court in November 2007 which described that listing as “perverse” and “unreasonable”.

When, on 15 July 2008, the Council adopted a new decision3 updating the EU list, it nevertheless maintained PMOI on the list. The inclusion of PMOI was based on information provided by the French Government as to (i) the opening of a judicial inquiry by the anti-terrorist prosecutor’s office of the Tribunal de grande instance de Paris (Regional Court, Paris) in 2001 and (ii) two supplementary charges brought in 2007 against persons presumed to be members of PMOI. Information to this effect was communicated by the Council to PMOI on the day the decision was adopted.

Annulling this decision, the General Court found that the Council had violated the rights of defence of PMOI by not communicating this new information before adopting the decision.
Whilst this in itself was sufficient to annul the decision, the General Court, for the sake of completeness, also examined the other arguments put forward by PMOI. In particular it found that the opening of a judicial inquiry and the two supplementary charges did not constitute a decision by a competent authority, in respect of PMOI itself, noting that no reasons were advanced as to why the acts ascribed to the alleged members of PMOI should be attributed to that organisation itself. Furthermore, the Court found that by failing to communicate to the Court certain information about the case which the French authorities refused to declassify, the Council had equally infringed the fundamental right of PMOI to effective judicial protection.

However, in her view, this should not have prevented the Council from providing the information to PMOI before adopting a decision maintaining it on the list, as required by the Court’s case law. Whether or not issues of urgency arise, it is simply not open to the Council to ride roughshod over a party’s rights of defence.
So as to balance the interests of the Council, PMOI and the other persons on the list who have a right to have that list reviewed every six months, Miss Sharpston suggests that the Council should have adopted a decision as regards the other persons on the list within the timescale required but deferred adopting a decision in relation to PMOI until such time as it had had the opportunity to notify PMOI and consider that organisation’s response. The error made by the Council was in assuming that it had to adopt a single decision dealing simultaneously with all the persons and organisations on the list. This was not the case.

Consequently, Advocate General Sharpston concurs with the conclusion of the General Court that the Council’s decision had been adopted in violation of PMOI’s rights of defence. As this was the sole reason for the annulment of the decision by the General Court, the Advocate General suggests that the Court dismiss the appeal.
Mindful of the fact that the remaining arguments ought to have no bearing on the outcome of the case, Advocate General Sharpston nevertheless considers it important that they be addressed. Failing to do so would, in her opinion, leave France faced with precisely the same uncertainty that led it to appeal in the first place, an uncertainty which may well be shared by other Member States.

As to whether the opening of a judicial inquiry in 2001 and the supplementary charges brought against individuals suspected of being members of PMOI in 2007 constituted a decision by a competent authority, Miss Sharpston first considers that, given that terrorists are unlikely to assist the authorities by establishing themselves in an easily identifiable manner, the requirement that a national decision be taken “in respect of the persons, groups or entities concerned” must be interpreted broadly. As such it is, in her view, not necessary that the national decision name precisely the same persons or organisations as the EU decision. It is sufficient that there exist serious and credible evidence and clues that the persons named are essentially the same.

As to the nature of the national decision, the Advocate General takes the view that a simple decision to initiate investigations is not, of its own, enough. On the other hand, requiring the national decision to be taken by a court would be too strict a requirement. In her opinion there needs to be serious and credible evidence or clues which are strongly suggestive of a terrorist act and significantly more than mere suspicion or hypothesis.

Taking this into account, Advocate General Sharpston considers that the opening of a judicial inquiry in 2001, which led to further proceedings in 2003 (under French law known as a mise en examen) would meet this test but that the supplementary charges brought in 2007, which were not subject to a mise en examen, would not. As the two were taken together as a whole by the Council, this leads to the conclusion that the French decisions could not form the basis of the Council’s decision.
Furthermore, the Advocate General agrees with the General Court that no proof was provided that the investigations launched in 2007 against alleged members of PMOI could be said to be directed against PMOI itself.

Finally, as regards the withholding of confidential information from the General Court, Advocate General Sharpston takes no issue with that Court’s finding that the Council’s refusal to communicate the information in question resulted in the General Court being unable to review the lawfulness of the decision. However, given the absence of any specific provisions in that Court’s Rules of Procedure for dealing with information that needs to be communicated to the Court but not to the other party to the case, the Advocate General, nevertheless, does not find France’s position unreasonable. In strict accordance with the General Court’s Rules of Procedure it was not possible for that Court to offer the Council any assurance that the confidential information would not, at some point, have to be communicated to PMOI. As a result Advocate General Sharpston suggests that changes be made to the Rules of Procedure and principles be outlined so as to allow the use of such confidential information where necessary to combat terrorism whilst simultaneously ensuring respect of the rights of defence and the right to effective judicial protection.

NOTE: The Advocate General’s Opinion is not binding on the Court of Justice. It is the role of the Advocates General to propose to the Court, in complete independence, a legal solution to the cases for which they are responsible. The Judges of the Court are now beginning their deliberations in this case. Judgment will be given at a later date.
NOTE: An action for annulment seeks the annulment of acts of the institutions of the European Union that are contrary to European Union law. The Member States, the European institutions and individuals may, under certain conditions, bring an action for annulment before the Court of Justice or the General Court. If the action is well founded, the act is annulled. The institution concerned must fill any legal vacuum created by the annulment of the act.

Court of Justice of the European Union