According to Iraqi al-Qanun independent news agency, 750 people participated in a seminar

titled ‘Get Out of Here, Curse You’ on Tuesday. Academics, intellectuals, activists, elders and elders of the province of Diyala gave their support to the government’s decision to expel the Mojahedin-e Khalq from Iraq and that the MEK must obey Iraqi law. The participants agreed that the land occupied by the MEK should be restored in order to revive the economic and agricultural prosperity of the region. 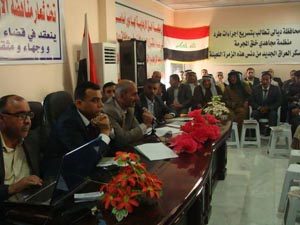 Secretary General of the Association of Justice to defend the victims of Mojahedin Khalq in Iraq, Dr. Nafie Isa, described how the MEK used occupied land to attack Iraq’s citizens. He said the media should expose the MEK’s crimes and interference in the internal affairs of Iraq and support the efforts of the government to expel the MEK by the end of 2011. 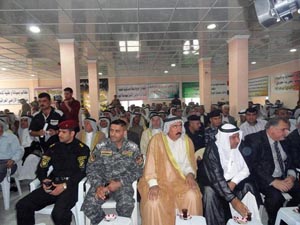 The Mayor of Khalis, Uday Alkhaddran, described how the MEK launch false accusations and create anonymous groups on the Internet which have no reality on the ground in the province of Diyala.

The police chief of Diyala province, Brigadier General Jamil Kamel Shammari, stressed that the UN Fourth Geneva Convention does not apply to the MEK. He also stressed that under Iraqi law MEK terrorists cannot be granted political asylum in Iraq. 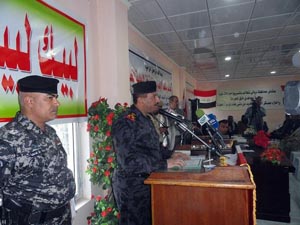 The seminar exposed the names of fake groups created by the MEK and foreign intelligence services in order to condemn the government of Iraq. Participants reiterated their support to remove the MEK, as a terrorist organization which participated in killing Iraqi civilians, from Iraq in its entirety by the end of 2011.