The IAEA report being trumpted as a casus belli contains no new information, but is based on a re-hashing of old, debunked claims stemming from “laptop documents”.

State Department cables released by Wikileaks reveal that the new IAEA head was heavily backed by the U.S., based upon his promises of fealty to the U.S. Indeed, as we’ve seen in the nuclear energy arena, the IAEA is not a neutral, fact-based organization, but a wholly-captured, political agency.

But where did the documents come from originally?

The George W. Bush administration has long pushed the “laptop documents” – 1,000 pages of technical documents supposedly from a stolen Iranian laptop – as hard evidence of Iranian intentions to build a nuclear weapon. Now charges based on those documents pose the only remaining obstacles to the International Atomic Energy Agency (IAEA) declaring that Iran has resolved all unanswered questions about its nuclear programme.

But those documents have long been regarded with great suspicion by U.S. and foreign analysts. German officials have identified the source of the laptop documents in November 2004 as the Mujahideen e Khalq (MEK), which along with its political arm, the National Council of Resistance in Iran (NCRI), is listed by the U.S. State Department as a terrorist organisation.

Interestingly, the Bush Administration – and especially Dick Cheney – helped to fund the MEK.

So the terrorist group which “found” the documents is funded by neoconservatives who want to overthrow Iran. What a coincidence!

And as Gareth Porter notes in the above-linked article, the Mossad may have created the documents in the first place:

There are some indications, moreover, that the MEK obtained the documents not from an Iranian source but from Israel’s Mossad.

One thing is clear: the U.S. and its allies have a long history of using forged documents as an excuse for war.

The global lack of interest in MKO 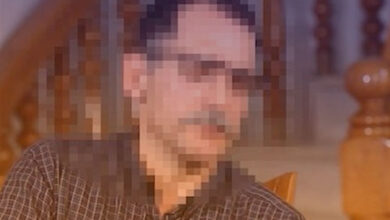 He was recruited By terrorists in Refugee Camps