Barred from carrying their stuff gathered during 25 years of illegitimate presence in Iraq to Camp Liberty, terrorist Mujahedin-e Khalq Organization (MKO, a.k.a. MEK and PMOI) took action to sell them in Baghdad.

According to a report published by Habilian Foundation website, MKO ran a newspaper ad in Thursday’s edition of Al-Mashriq, a Baghdad daily, for the equipment at Camp Ashraf most of which they have received from Saddam in exchange for their services. 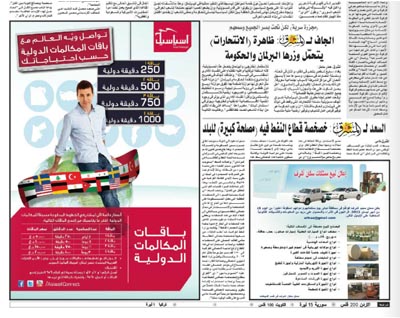 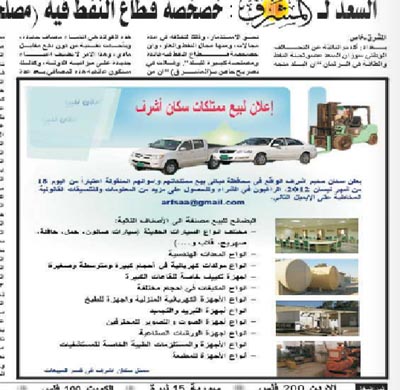 The display ad contains a list of equipment such as engineering tools, heating and cooling systems of large rooms, different types of vehicles including passenger cars, trucks, and buses, generators, kitchen utensils, professional audio and video systems, industrial workshop equipment, medical and hospital equipment, and a variety of printing equipment. An email address is also given for those who are willing to purchase the items.

The action took place, while Iraqi authorities assert that all the equipment at Camp Ashraf belongs to Iraqi people.

MKO is known to have received millions of dollars in return for its services to the Iraqi executed dictator.

MKO make efforts to turn TTL to a “Refugee Camp” 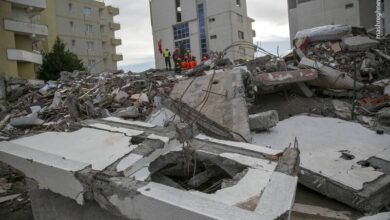