Conor Friedersdorf passes along a bit of “insight” from Jonah Goldberg’s The Tyranny of Cliches. Goldberg wrote:

It is simply absurd to contend that because people may argue over who is or is not a terrorist that it is therefore impossible to make meaningful distinctions between terrorists and freedom fighters.

As usual, Goldberg has missed the point. The phrase “one’s man terrorist is another man’s

freedom fighter” is a cliche because the truth it conveys is so banal and obvious that it often seems redundant to mention it. A group can employ terrorist tactics while also seeking to achieve self-determination for the people it claims to represent. While the phrase may sometimes be used to justify terrorist attacks, it expresses a truth about the nature of political violence that partly explains but does not excuse the atrocious acts carried out by “liberation” groups.

The LTTE (Tamil Tigers) really were terrorists (they pioneered suicide bombing), and for the Tamils in Sri Lanka and southern India they were also freedom fighters. The IRA really were terrorists, and Irish republicans and more than a few Irish-Americans saw them as fighting the good fight against the remnants of the British Empire. The KLA really were terrorists, but many Albanians in Kosovo and elsewhere perceived them as the “liberation” army they claimed to be. The point is that terrorists can be perceived by many people in their own community as freedom fighters in spite of their atrocious tactics. Their status as terrorists is determined by the civilian targets they attack or the indiscriminate tactics they use to attack them. Their political reasons for targeting civilians or killing indiscriminately don’t change anything.

Some governments refuse to tolerate the use of terrorist tactics under any circumstances, but some tacitly or openly endorse the use of such tactics when the targets happen to be the “right” ones. Unfortunately, when it comes to dealing with Iran, the U.S. has adopted the second approach. The U.S. attitude towards the MEK over the decades is a good example of how very changeable governments can be. At one point, the MEK was obviously an anti-American terrorist organization responsible for the deaths of American citizens. Later, Hussein’s support for the MEK was unimportant, because Hussein was perceived as the lesser of two evils in the conflict between Iran and Iraq. Once Hussein’s Iraq became the main regional enemy, his support for the MEK was suddenly turned into part of the indictment against him. Once Hussein was overthrown, not only was the MEK no longer to be considered a terrorist group, but in some circles it was seen as a valuable ally in opposing the Iranian regime. According to some reports, the Obama administration is on the verge of capitulating to the disgraceful campaign to have this terrorist group removed from the FTO list. It is somewhat fitting that the MEK is a terrorist group that is not recognized by the vast majority of Iranians in Iran or in the diaspora as “freedom fighters.” The only people foolish enough to believe that the MEK is interested in anyone’s freedom are those paid to say so and those so hostile to Iran that they will ally with anyone with the same goal of regime change. 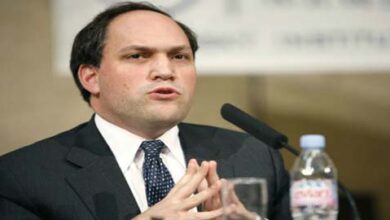 Costly Terrorists to the Europe