According to the reports from Iraq, sixth convoy of terrorist Mujahedin-e Khalq Organization (MKO, a.k.a. MEK and PMOI) is going to be relocated from Camp Ashraf to Camp Liberty today. 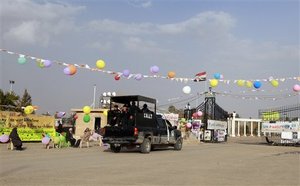 The report comes as the ringleader of the terrorist group had set August 23 for the relocation of its members from Camp Ashraf to Camp Liberty.

“After many years of suffering came upon the Iraqi people by the terrorist Munafeqin (Hypocrites, a term used by Iran and Iraq to describe MKO) grouplet, now our hopes are tied to the closure of the case of this group in Iraq,” said Jamil al-Shamri, Diyala province police commander.

Addressing a joint press conference with deputy governor of Diyala province on Sunday, al-Shamri added that a number of terrorists have been captured following the security plans done in collaboration with the Iraqi people.

The relocation is in line with the memorandum of understanding signed on 25 December between Iraq and United Nations to temporarily transfer members of the terrorist group to a former U.S. military base for the UNHCR to determine their refugee status.

To date, roughly two-thirds of the members of these people have been relocated to Camp Liberty in five groups of 400; however, some 1200 of them still remain at Ashraf.