The Iraqi government has announced the relocation of MKO terrorist group members. The 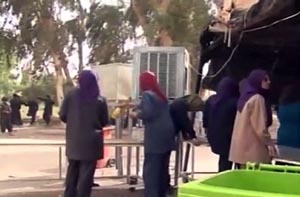 relocation comes according to an agreement signed between Iraq and the UN to evacuate the camp and hand it over to the Iraqi authorities.

The Iraqi government has announced that 680 members of the terrorist Mujahedin-e Khalq Organization (MKO) have been moved from their original residence in the eastern province of Diyala to a new camp near the Iraqi capital of Baghdad.

Diyala provincial officials said the seventh group of the MKO terrorists was transferred from Camp New Iraq, formerly known as Camp Ashraf situated about 120 kilometers west of the border with Iran.

The sixth convoy of about 400 residents of Camp Ashraf was moved to another camp on August 29. 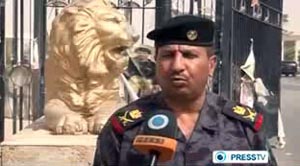 Diyala’s Police Chief stated that the remaining 168 MKO members will be relocated very soon, he further added that the MKO members who are in Iraqi wanted list for committing Humanitarian crimes against civilians will be rechecked in their new camp in Baghdad.

The spokesperson of Diyala’s headquarter said that the relocation of the MKO members has been implemented according to an agreement between the Iraqi government and the UN and under the supervision of the UN representatives in Iraq.

The MKO members fled to Iraq in 1986, where they enjoyed the support of Iraq’s executed dictator Saddam Hussein, and set up their camp near the Iranian border.

uprisings in southern Iraq and carrying out the massacre of Iraqi Kurds.

The MKO has carried out numerous acts of violence against Iranian civilians and government officials.
Download Last group of MKO terrorists relocated