MEK’s crimes should be submitted to Iraqi courts’ ‎

President of the IHRS in the United States says Iraq has the right to close Camp Ashraf, ‎Mujahedin-e Khalq’s paramilitary base in Iraq, and the U.N. is responsible for finding third ‎ 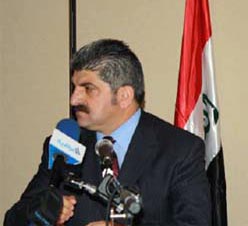 Hamid Murad, president of the Iraqi Human Rights Society in the U.S., told Habilian reporter ‎on Monday that the United States suggested that all the parties and relevant organizations ‎gather data on the Mujahedin-e Khalq terrorists group’s crimes and illegal activities inside ‎Iraq in order to be delivered to the Iraqi courts.‎

‎"After an agreement signed between Iraq and the United Nations, this country has the right ‎to close down Ashraf garrison,” he said.‎

So far, roughly ‎‏3000‏‎ MEK members have been expelled from Camp Ashraf to Camp Liberty, ‎but still some ‎‏200‏‎ members are remaining there to “address former residual issues.” ‎

Murad added that the United Nations has to find a third country in order for the MEK ‎members to be resettled there. ‎

Our (New) Terrorists the MEK: Have We Seen This Movie Before?