Islamic Society of Shiraz University held an exhibition on the Mujahedin Khalq Organization (MKO) in Fajr hall of the campus from November 4th until November 13th.
The exhibition included films, banners, posters and articles on the substance of the cult, its violent past and its current approach in today world as well as Q&A meetings with defectors of the cult and university professors. 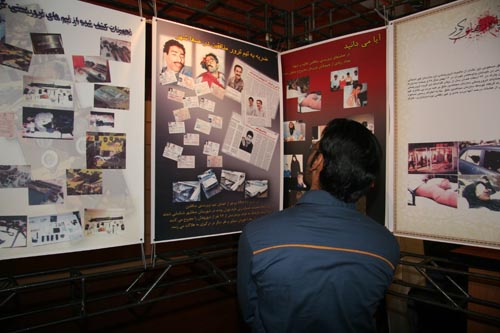 The event was welcomed by students and scholars. Former members of the MKO were constantly present in the gallery hall to discus students’ questions. Visitors were eager to know who the mujahedin Khalq were, how the members were fist recruited by the group and what motivated them to leave the group. Trying to reveal cult-like nature of the cult and its threat against the international community, they described how they were victims of a full-scale manipulative system under the order of Massoud and Maryam Rajavi. 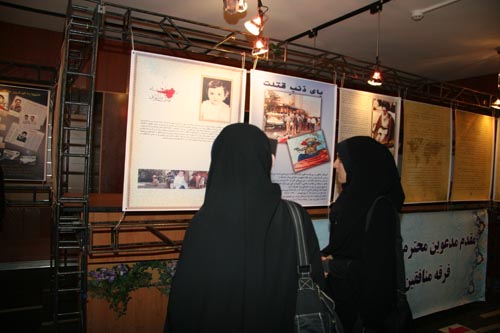 Ebrahim Khodabandeh was one of the cult defectors who was received at Shiraz University to enlighten the minds of students who rarely had any idea of the MKO. He described cult-like techniques Rajavi uses to manipulate his members in order to achieve power in Iran.
As experts believe that the threat of cults is a crucial issue in the world today, the objective of the organizers of the exhibition was to illuminate the minds of their audience about the danger posed to the victims of Rajavi’s destructive cult and the risk of involvement of any ordinary person with mind-control cults including the MKO.