A member of French Senate has written a book on the Mujahedin Khalq (People’s Mujahedin of Iran/PMOI) earlier this year. Senator Nathalie Goulet of Orne published the book "PMOI: a cult in heart of the Republic" to warn her comrades in French Assembly and Senate about the threat of the cult of Mujahedin. 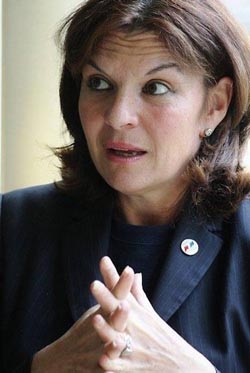 She writes of the MKO’s violent background and its devotion to armed struggle and terrorism, noting that the group has never published a statement or confession letter to officially denounce violence.
Revealing facts on cult-like practices of the group, she warns that a full-scale cult exists in the heart of Republic of France. She describes the MKO’s efforts in her working place, French Senate and Assembly:
"…in December 2011, a petition was being circulated in French parliament. It was signed by 74 senators and 282 members of the Assembly. It demanded support for the People’s Mujahedin Organization of Iran and its leader Maryam Rajavi, as well as guarantee for international protection of camp Ashraf in Iraq.
” As I know, a large number of these representatives think that they are supporting democracy in Iran by embracing the PMOI. However, I should emphasize that the signatories know almost nothing about the history of the PMOI. So I found it useful to notify the history of the group which is Marxist Islamist"
The author refers to the MKO’s treasonous cooperation with former Iraqi dictator Saddam Hussein against Iranian people and Iraqi Kurds and Shiits and notices the lack of support for the group among Iranian community. She poses questions to those French officials and governmental bodies who are involved with the cult of Rajavi:
"How can a group which has had no base in its county since long time, suggest analysis and advice on the current situation of the country?
Can you count on any party or organization that claims to be democratic?"
Ms. Goulet concludes: "Regarding the past of the PMOI, it’s hard to believe that such a group that still suffers all symptoms and problems of a totalitarian cult of personality, violent activities, hidden financial resources, lie, threat, accusation and destruction of civilians under the pretext of enlightening, has turned into a democratic organization!" 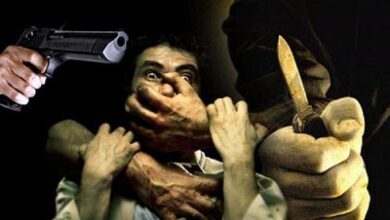