In an interview with Ashraf News, the Kurdistan Alliance Block in the Diyala Provincial Council confirmed that the Mojahedin Khalq carried out operations against the Kurds in the 1988 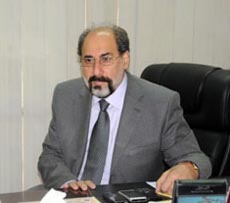 Dalir Hassan, speaking for the Kurdistan Alliance Block said "We have documents that confirm the involvement of the Mojahedin Khalq organisation in operations against the Kurdish people in Kara Tepe, Khanaqin and Jalula". He added that the MEK were not only active in the north but also against the southern provinces of Al Amareh and Basra during the popular uprising in 1991.

The Vice-Chairman of the Security Committee in the province of Diyala said, "One of the ugliest landmarks left by Saddam Hussein and his regime with the participation of the terrorist MEK organization was his notorious campaign against the Kurds, who named it ‘Anfal’."

*************
The Chairman of the Commission on Security and Defence and Parliamentary leader of the Coalition of State Law, Hassan al-Sanid, said that the Mojahedin Khalq will not return to Camp Ashraf in Diyala province after having been transferred to Camp Liberty near Baghdad. 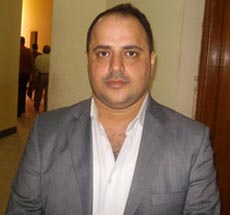 In a statement issued yesterday, the MEK demanded they return to Camp Ashraf where they had spent 26 years.

Al-Sanid said in an interview for Ashraf News, that Iraq will expel the MEK and end their presence on Iraqi territory. He said, "the Iraqi government, in coordination with the United Nations Assistance Mission for Iraq (UNAMI), will act speedily on the mutually agreed resolution and drive them out."

As leader of the Coalition of State Law, he also stressed that the Iraqi constitution does not allow the harbouring of any terrorist group under any name, pointing out that Iraq still considers the group as terrorist. He noted that "the MEK acted as henchmen for Saddam’s intelligence services and practiced many abuses and terrorist operations against the Iraqi people."

Arab countries, Latin America or Africa, where will MKO settle after Iraq?