France expressed support over transferring members of the Mojahedin-e Khalq Organization outside Iraq, underlining its readiness to take part in coordination with the UN High Commissioner for Refugees (UNHCR). 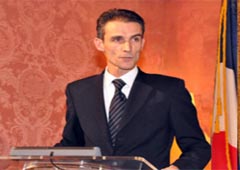 Head of an Iraqi human rights group had said that Iraq seeks to try in absentia the members of the Mojahedin-e Khalq Organization (MKO, also known as the MEK, NCR and PMOI) in Iraq.

He said the people of Tuz Khurmato, who are victims of the MKO and the trial is going to be held in their city, expressed happiness and satisfaction over the issue.