US supported MKO in killing 12,000 Iranians 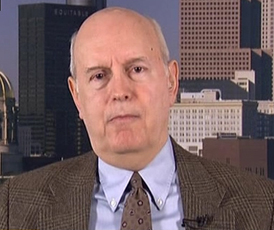 The nuclear water-boarding of Iran continues by the Western powers despite its veiled politeness. It reminds me of going through fraternity hazing at college. When being paddled we were required to say, “Thank you sir, may I have another?”

We all hope that the P5+1 meetings bare ripe fruit. But I am convinced now more than ever that the focus on Iran is nothing more than a well planned diversion to keep attention away from who the real threats have been in the region.

Iran has shown tremendous restraint during the past ten years. The Israelis, along with the criminal Bush regime, were doing all that they could to trigger a war on Iran, including framing them for a false flag attack.

There have been numerous provocations against Iran, the biggest being the 17,000 Iranians murdered by terrorists. You can divide that by three and see how many 9-11 body counts you come up with.

The US supported MKO killed 12,000 of them, but Americans know nothing of it. One Israeli died in the last Gaza ‘war’, but Americans do know that. Do you see something a little out of balance here?

Yes, some of this mass killing was done while Saddam was using the MKO, but when the US took over it kept the MKO bases in operation under its protection. Mind you, this was back when Iran was turning over the ‘deck of cards’ Ba’athists who had crossed into Iran as a show of good faith, one not appreciated.

The Bush regime war criminals were openly bragging about how when we finished with Iraq we were going to ‘do’ Syria, Libya and Iran. Only chicken hawks use that kind of terminology. The MKO was used as the only available ‘boots on the ground’ tool for getting human Intel and destabilizing Iran. It was…an act of war, without a vote being taken back here at home. Welcome to that world.

The voices proclaiming war on the Muslim world (not under US control) were not only the draft dodging NeoCon blowhards. They included American Jews who considered serving in the American military not only foolish, but an act of treason against Israel for not serving there.

The NeoCons saw their job as infiltrating American politics and institutions like the Pentagon so they could use cannon fodder Americans to die for Israel, and they did. America Jews on the combat front lines were about as common to find as tooth fairies and Santa’s elves.

These NeoCon Israeli assets were the ‘experts’ who testified before Congress that the costs of the Iraq war would be recouped through just a few years of their oil sales. These were the experts who sent recent college grads over there to turn Iraq into a model American puppet democracy that would be a shining light to all.

Those insiders who were critical of this geopolitical fantasy were purged. But looking back now on it we can clearly see that those pushing what has become the biggest disaster in American history, they are the ones who should have been purged.

Never have so many Americans owed so little to so many in the Bush regime. It has caused me to rethink the whole concept of government immunity. Personally I feel that anyone that provides knowingly false information to further any military aggression should be prosecuted for war crimes under the Nuremberg precedent of ‘waging and offensive war.’

The concept of the military oath to the commander in chief requires some rethinking, also. Why should they not take an oath to the American people and the Constitution, and have the legal power to take any part of our political or military brass into court for treason due to violation of their own oaths?

The mechanics would be simple. A percentage of the war budget would be dedicated to an independent ongoing review of the truthfulness of all actions taken to initiate a war, conducting it, and its aftermath. The enlisted troops would have their own investigation division with full prosecutorial authority. They would also have access to all classified intelligence so the regime could not hide crimes of treason that way.

Sure, some would say, “This is crazy!” My response would be, “Crazy compared to what?” We know now that those planning and running the War on Terror were clueless about what they were doing. The terrorists who they claimed were a threat were really the left over Jihadists we had trained and supported for years to fight the Soviets and then dumped them afterward.

Osama bin Laden was a highly decorated CIA colonel, with the cover name of Tim Osman. We have interviewed his handler and confirmed he was flown here for a quiet decoration ceremony for all that he had done in the Soviet/Afghan war.

The Mujahadin should have all be pensioned out in appreciation for their struggles and had disability care provided for their wounded veterans. Their attitude toward America might have been a lot different. But no, our MBA accountants decided it was cheaper to just forget about them. We know that the Madrassa schools that indoctrinated children into fighting the infidel Soviets were funded by the CIA and Saudi Arabia. We had no problem in supporting Muslim extremism when America was using them, and still is. The Wahabbis are chopping off heads in Syria today, compliments of the you know who.

We know successive administrations have continued the folly of ‘Israeli Nuclear Threat Denial’ which has supported the biggest nuclear threat in the Mid East for decades now. It has been the corner stone of our failed Middle East foreign policy and the looting of American taxpayers.

And for a smokescreen Iran is framed as the nuclear bogeyman when our own intelligence agencies have refuted the threat. The Zionists have been caught year after year claiming that Iran is close to having a bomb which they will probably use, so “we have to attack them now to save ourselves.”

Why? Who is threatening them that would even have them consider such a thing that would kill huge numbers of innocent Muslims?

If America and the West really wanted to be safe we should invade Israel, take control of all its weapons of mass destruction and begin the ten years of crimes against humanity trials it will take to prosecute them all.

The folly of our foreign policy is so obvious that Americans who support it should be held accountable under the Bush doctrine that made it legal. Those threatening America should be hunted down wherever they are. The big mistake we made was not cleaning them out here first, so it was they got to give us the West Bank treatment.

In reality the American people should be close allies to the Iranian people and others in the region. If America went over to a real defense policy like Iran, maybe we could re-industrialize our country like they have. If you take a good look at it you will see that we have sanctioned ourselves through the stupidity of our failed corrupt leadership.

Iran, who has never invaded anyon, is accomplishing a Manhattan Project domestic industrialization program while under Western sanctions. It is rebuilding its former historical position as the cross roads of the Silk Road. But instead of spices and silk, energy and advanced technology will flow along the road via oil and gas pipelines, high voltage electrical wires, and co-development projects.

Last time I looked, soldiers do not swear an oath to protect banksters and multinational thugs. Our far Eastern new ‘pivot’ policy is nothing more than that. No one there is any real threat to America. We have been hoaxed by elite hustlers using the classic fear manipulation, a treasonous attack upon their own people.

Our own Thomas Jefferson warned us of this fate with his famous quote, “Merchants have no country.” During our colonial French and Indian War, French ships actually re-provisioned themselves at American ports. King George was still running the show then, but we already had the bad seed of Americans willing to make a buck anyway they could, even if it involved supplying the enemy during war time.

Later, during the War of 1812, our New England states supplied beef and other food for the British Army in Canada, and British ships were welcome to provision themselves in their ports. So America has a long history of super traitors in our midst.

They are still with us today folks, killing us for any reason they choose, and will never stop until we give them the appropriate treatment. With zero indictments for 9-11, the mortgage and derivatives crashes, and the phony War on Terror…they would have you believe that Iran is your threat?

If you buy that then you deserve to live under the boot…but not the rest of us, please.