Michael Rubin writer of the famous article “Monsters of the Left “wrote an article on commentary magazine titled ” Yes, Mujahedin al-Khalq Is a Dishonest Cult “in which he declared the deep opposition of Iranian people

against the Mujahedin-e Khalq and the group’s lack of credibility among their own nation whatever their political views may be.

Bellow is an excerpt of the Article:

“… Iranians are politically engaged—even if not within the system—and did not hesitate to talk. Many spoke of their desire for alternatives. Some asked about the son of the late shah, living in exile in the United States. Others would speak more theoretically about a desire for a republic or other alternative. The only thing on which Iranians agreed was their dislike of the Mujahedin al-Khalq Organization (MKO). Several years ago, I wrote a piece outlining their history and ideological evolution. Long story short, the group’s involvement in terrorism that killed not only regime officials but ordinary Iranian citizens, as well as their willingness to accept aid and shelter from Saddam Hussein’s Iraq in the years after Iraq’s invasion of Iran, delegitimized the group in the face of the public they claim to represent.

The Clinton administration designated the MKO to be a terrorist group, but after years of lobbying—and buying support by paying huge honoraria to a bipartisan array of senior officials—the MKO was delisted in 2012. No longer being considered a terrorist group does not make the MKO democratic, however, as anyone who has ever studied their internal workers can attest. It is against this backdrop that this diary, written by a Kyrgyz student recruited to attend an MKO rally in Paris, is so interesting. It seems that the MKO leaders must now not only pay speakers to sing their praises at their rallies, but also the audience members. The MKO is not only a creepy cult, and willing to say anything to buy support regardless of the group’s record, but an empty shell as well. Let us hope that one day their remaining congressional supporters will recognize that if they truly want to bring change to Iran’s odious regime, they would best reach out to the Iranian people and not associate with groups which repel them. 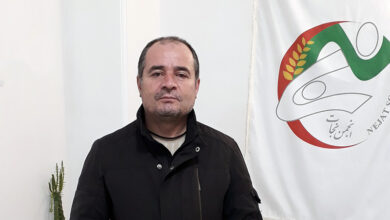