If you tell a lie over and over again, people will start to believe it. Then, the easiest way a cult may exploit to instill its reprogramming on others is repetition, in the same way advertising and propaganda work. That is one of the approaches adopted by MKO to garner a social attention by setting a public show every year around a certain date in June. Michael Rubin, an ex- adviser for Iran and Iraq at the Pentagon, seems to be just one amongst many Americans whom MKO has failed to fool. That is maybe because of his full understanding of Iranian people among whom he has lived for years. In his latest piece about MKO, once more he reiterates dishonesty of the group as a terrorist cult despite having bipartisan supporters in the Congress.

Iranians are politically engaged—even if not within the system—and did not hesitate to talk. Many spoke of their desire for alternatives. Some asked about the son of the late shah, living in exile in the United States. Others would speak more theoretically about a desire for a republic, a parliamentary democracy, or other alternative. The only thing on which Iranians agreed was their dislike of the Mujahedin al-Khalq Organization (MKO). Several years ago, I wrote a piece outlining their history and ideological evolution. Long story short, the group’s involvement in terrorism that killed not only regime officials but ordinary Iranian citizens, as well as their willingness to accept aid and shelter from Saddam Hussein’s Iraq in the years after Iraq’s invasion of Iran, delegitimized the group in the face of the public they claim to represent.

The Clinton administration designated the MKO to be a terrorist group, but after years of lobbying—and buying support by paying huge honoraria to a bipartisan array of senior officials—the MKO was delisted in 2012. No longer being considered a terrorist group does not make the MKO democratic, however, as anyone who has ever studied their internal workers can attest. It is against this backdrop that this diary, written by a Kyrgyz student recruited to attend an MKO rally in Paris, is so interesting. It seems that the MKO leaders must now not only pay speakers to sing their praises at their rallies, but also the audience members. The MKO is not only a creepy cult, and willing to say anything to buy support regardless of the group’s record, but an empty shell as well. Let us hope that one day their remaining congressional supporters will recognize that if they truly want to bring change to Iran’s odious regime, they would best reach out to the Iranian people and not associate with groups which repel them.

However, still there is a question to put that how and when it happened that MKO transformed from a Marxist-oriented political group with a fundamental ideology of advocating armed warfare to what is today known as a cult of personality. Speculations fueled by a considerable bulk of studies as well as assertions by detached and former MKO members center on the fact that it was not an overnight transformation but a plot that hatched gradually through some lengthy process of guilefully outlined stages.

There are more than enough evidences to prove that the Rajavis, MKO’s self-appointed husband-wife leaders, had personal ambitions of establishing a cult of personality after a complete failure in armed warfare and facing an overall political stalemate that led their group into total isolation from the masses. Even before the initiation of the military phase and declaring armed struggle against the Iranian regime in 1980, some eminent political figures well acquainted with MKO anticipated its transformation into a cult sooner or later.

It may seem hard to believe that the first seeds of metamorphosis into a cult of personality were sown in France, believing to have the strongest democracy, after a shameful flight from Iran to initiate a heretic inter-organizational revolution within MKO. In fact, before MKO relocation to Iraq to execute cultic relations in Camp Ashraf as its main cult bastion, the cult thought had passed beyond its embryo stage at Auvers-Sur-Oise in Paris. The four-year settlement of MKO in France and a great accumulation of members made them engaged in a routine bureaucracy that caused a staff crisis. Many other factors such as daily-life problems, lack of a clear strategy in 1981 to 1985, critical detachment and separation of members and lack of motivation as a result of long residence in France, attractions of life and beauties of European countries all and all caused the organization suffer acute crises. Besides, Rajavi was receiving formal messages and invitations from Saddam Hussein for a complete transfer of the organization to Iraq. The group had been caught in a difficult dilemma since Iraq was at war with Iran and Saddam was the most hated man in the eyes of Iranian. As a matter of fact, move to Iraq was equal to involving in an unforgivable conspiracy against a nation for whom the group had promised freedom and democracy.

Although no more a designated terrorist group, MKO carries the stigma of being notoriously recognized as a dangerous cult of personality that freely roams the streets of the Western countries. The terrorists’ potentiality in utilization of violence for whatever political and social demands is a horrible nightmare enough to disturb societies. The possible disaster would be even worse if the terrorists are the breeds of a destructive cult. And what necessary precautions have those in Western countries taken to fight back the threats of a dangerous terrorist cult they themselves unshackled? There is no need to answer since people in Paris are used to seeing unknown crowds of different nationality gathered in regular rallies of the cult as a display of its muscle just in the heart of the capital. 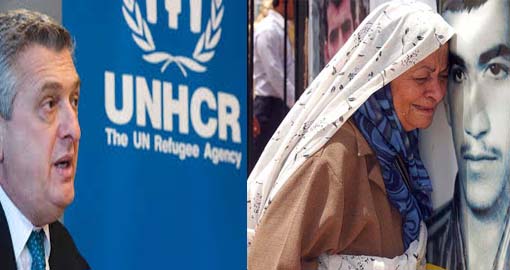 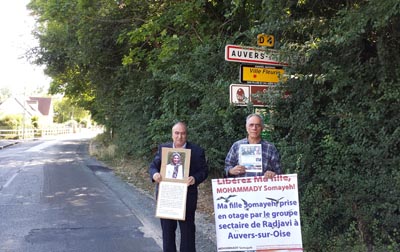 Fathers of two MKO hostages to denounce the cult 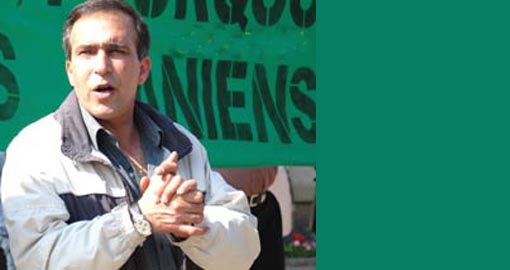 A serious mistake may never repeat