It is patently clear by now that the unilateral US sanctions against Iran:

•Are illegal under international law; 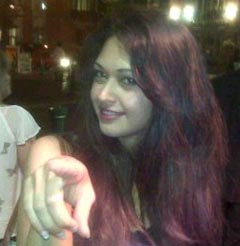 •Constitute a form of economic warfare, indeed even economic terrorism, designed to harm the average Iranian (brutally pushing them to topple the Islamic Republic);

•Are designed to weaken Iran; (see page 10 where this is described as a ‘ benefit’ of the sanctions – obviously written by an American brute with no morals);

•Harm the economies of the West in a deep recession;

•Are having no impact on the stability of the Iranian government or advances in the nuclear programme; and

•Are causing Iran to pivot her economy to the East and South even more strongly and to expand and diversify both her trade partners as well as her industrial output.

The sanctions have been shamelessly supported by extremist elements within the ‘Iranian’ expat community.

It is rather unthinkable for an Iranian patriot to ever promote war and sanctions against Iranians, no matter what the reason for their own exile condition.   In fact, it would be unthinkable for anyone with the slightest bit of common sense to support such misery against their own community.

But such treachery is often linked to that strange Mujahedin cult (MEK) that actually joined forces with Saddam in his murderous war campaign against Iran in the 1980s.  Iranians would support the Islamic Republic against the Mujahedin-E-Khalgh, just as they would against the MEK’s foreign masters like Israel and USA.

Personally, I would not be surprised if the same MEK traitors who assassinated Iranian scientists in the service of Israel were also behind the assassination of people like Neda and the worst violence in Iran in 2009.

After all, they and their foreign masters would be the only ones to see any gain from such treachery and sabotage.

With the election of President Rohani, Iranians have clearly demonstrated that they collectively want to take a more conciliatory stance in order to resolve the economic problems caused by the sanctions.  But where is the reciprocal note of reconciliation from the West?  How is it that the drive for more sanctions is still supported in several Western quarters?

The arrogance and ill will of the West in the sanctions warfare against Iran is even more evident today.

As a result, a civil society movement to fight the sanctions is taking shape inside Iran, for Iran’s inalienable rights under international law are above any individual or regime.

Question is: are Iranian expats going to use their positions in the West to help their mother country free herself of foreign economic terrorism? Or will they side with Iran’s enemies?