has given him such latitude that he is able to kill his own people and blame the Iraqi authorities for it without any fear of investigation or recrimination.

The events which took place at Camp Ashraf on September 1st became controversial immediately following the attack by unknown assailants when the Mojahedin Khalq inundated Western media with their own films and pictures of the event. Why were the MEK filming these events if they had been taken by surprise?

Now a week after the Iraqi investigating team published the name of a 53rd victim, the MEK have hastily cobbled together a documentary made up of short, unconnected clips of film with the clear intention of creating a specific scenario. In this documentary the body of the 53rd victim, Massoud Dalili, is shown without a shirt and with Iranian money scattered around his body, which, it is claimed, was taken from his pocket. His face has been burned beyond recognition. The MEK explanation of this scenario is that because Massoud Dalili knew about the nuclear bunkers underneath Massoud Rajavi’s compound in Camp Ashraf he has led agents of the Iraqi government there to attack that specific place.

The nuclear bunker was built over three years; starting a year before the First Gulf War, continued during the war and finished a year after. It is a prototype of a Swedish anti-nuclear bunker. All the equipment, from additives to strengthen the concrete, the air conditioning, generators, doors and gaskets, shock absorber springs, anti-shatter toilets, mirrors etc were all imported through Orly and Frankfurt airports and then through Jordan, with the knowledge and consent of the Jordanian government (during the sanctions regime imposed on Iraq), and with the endorsement of the Pentagon. This was done by a joint team of purchasers headed by Ala’adin Touran who was the MEK’s representative in Jordan in those days and who worked from the MEK office in Amman. During the First Gulf War the Pentagon instructed the MEK through Mohammad Mohaddessin to place identifying flags and signs on top of this half completed building so they would not bomb it.

This bunker was visited by agents of the Pentagon and other US agencies when the US army first gained access to Camp Ashraf in 2003. It was then handed back to the leadership of the MEK with the promise that other MEK members would not be told about it. During the transfer of responsibility of Camp Ashraf to the Government of Iraq in 2009 information about this compound and the nuclear bunkers was given to the Iraqis. Of the two dozen or so MEK members who knew about the bunker because, like myself, they were involved in its construction, several have left the MEK and made this information public. Descriptions and satellite images of the exact location and configuration of the nuclear bunker can be found in two books: Saddam’s Private Army published in 2003 and The Life of Camp Ashraf published in 2011.

It is ludicrous to assert that an attacking force would need to rely on Dalili as a guide two years after he left the organisation when this information was already in the public domain, and ludicrous they would take him along as he was over 50 years old. It is ludicrous that an attacking force would take acid with them to deliberately burn the face of one of their party. It is ludicrous that the Iranian money scattered over his body is not enough to even pay for a taxi ride In Iran, never mind in Iraq. Why would anyone take this kind of foreign currency on a mission like this?

For me, and for anyone who has had any dealings with the MEK, it is absolutely clear that this person, who was registered with the UN in Baghdad as an escapee and who suddenly went missing one day has been forcefully or deceitfully taken back by the MEK to Camp Ashraf, (numerous ex members have complained about near kidnappings in Iraq and in Europe, including Massoud Banisadr in London and Batoul Soltani in Baquba, Iraq), and has been kept there clandestinely and when they realised they would have to get rid of him they tried to destroy the evidence of his presence there. As soon as the Iraqis identified him as someone the MEK had not admitted to being at the camp, they tried to create a Hollywood style film to whitewash their crime. Ironically the documentary’s narrator is Hassan Nezamalmolki who is a well known torturer of the time of Saddam and who is wanted by the Iraqi Judiciary to face criminal charges.

One mistake Dalili made was that after escaping the MEK he refused to remain in Hotel Mohajer with the other ex members under the protection of the Iraqi security forces. He ignored efforts to persuade him to make use of the protection offered by this circumstance, and insisted on being moved to a different hotel where he was in fact more vulnerable.

There is extremely strong evidence, not least the MEK’s own panicky and slipshod reaction, to indicate that Dalili has been killed by the MEK themselves. And the circumstances surrounding the deaths of the other 52 victims are so bizarre and inexplicable that it is highly likely that the MEK had a hand in those deaths also. It is imperative that this incident be thoroughly investigated as a matter of urgency.

UN officials tasked the Government of Iraq to carry out an investigation on its behalf and then denied them any opportunity to do this. The Iraqis know, and UNAMI knows that the Pentagon will not allow this to be investigated. There are 42 surviving members who were moved from Camp Ashraf to Camp Liberty who are eye witnesses to what happened that day. They would all have known Massoud Dalili. Nobody has seen or heard from them since the time they were handed back to the MEK commanders in Camp Liberty. The MEK’s past behaviour and the impunity Massoud Rajavi clearly enjoys to imprison and kill his own followers strongly suggests that many of them and others in the camp are being mistreated behind closed doors. How many more deaths will there be?

We – ex members and families of residents in Camp Liberty – earnestly request that you use your office as Secretary General of the United Nations to stand up to the Pentagon and force this investigation to move forward to conclusion by demanding access to these 42 survivors and others who can help get to the bottom of what actually happened in Camp Ashraf on 1st September 2013. 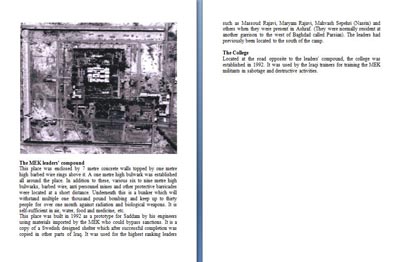 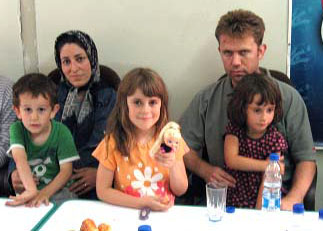 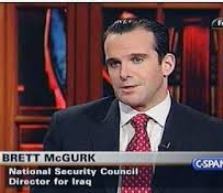