"By mid 1987, the Mojahedin Organization had all the main attributes of a cult. It had its own revered leader when it referred to formally as the "Guide" and informally as the "present Imam". The Mujahedin had created a rigid hierarchy in which instructions flowed from above and the primary responsibility of the rank and file was to obey without asking too many questions" – Professor Ervand Ibrahamian/ ‘’ The Iranian Mojahedin ‘’

MKO’s ideological leader and the cult’s high ranks need to victimize their rank and file in order to survive. Whenever they fail to take advantage of the services they offer western Intelligence agencies by spying and working as their mercenaries, or they are not given any role in international relationships, they set off for victimization of their members so that they might be able to prolong their survival. Their victims are those members captured behind closed bars of the cult, distanced and uninformed from the outside world. Despite, their entirely inhuman terrorist background and their alliance with the most notorious region to oppress the Iranian and Iraqi people for two decades, the MKO leaders so boldly expect to stay in Iraqi territory, Camp Ashraf. They impudently do not obey the rules of Iraqi democratic government and Iraqi citizens but they cause tension and crisis. They step up their anti-security acts to favor Imperialist states.

In fact, Massoud Rajavi seems like a political prostitute rather than a politic man. He doesn’t care for the fewest moral and political etiquettes. He is determined to victimize his brainwashed uninformed forces to maintain his survival and his absolute power over the cult. He makes efforts to exploit the blood of MKO rank and files to run his propaganda machine.
He is a political prostitute, not a freedom fighter because he and his mercenaries never care for the lives of members kept in Camp Ashraf otherwise they would have taken them out of unstable chaotic Iraq many years ago; they should have sent their members to seek refuge in European countries. They didn’t do so; but they just saved their own lives and escaped Iraq immediately after the American invasion and the fall of Saddam Hussein. They left the forces in the waves of crisis and war in Iraq.

Today, MKO leaders send Ashraf residents to death in order to draw the West’s attention towards their cult, and in the hope of being given a role by Western politicians but evidences show that in Americans and Europeans’ view, MKO has an expiration date.

There are a few questions that always puzzle your mind about Mujahedin Khalq: why MKO leaders still deprive Ashraf residents from their right to decide for their own future and to leave the camp, despite families’ insistence and human right bodies’ demands?

Where is Massoud Rajavi hiding during all these years? What kind of a leader is he who consciously sends his followers to death? Isn’t he extremely rude and knavish?

Review of the situation of the inhabitants of Camp Liberty 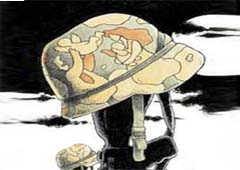 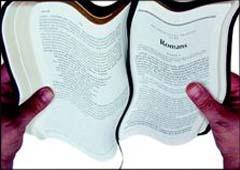