Hossein Rajavi and his wife Razieh Jalalian were from Mashad, Iran. They were parents of Massoud Rajavi, the leader of the Mujahedin Khalq Organization (the MKO/ MEK/ PMOI/ the Cult of Rajavi). Massoud’s father owned a law office so he was rich enough to send his sons abroad to continue their studies.

They were not people of politics so they got angry of Massoud when he joined the MEK’s early leaders in the 1960s. His mother was mad with Massoud because he made his other brothers and sisters get involved in the MEK’s violent background which led to the death of some of them including Kazem and Monireh. “Massoud is not a Muslim, he broke my heart,” his mother said in an interview.

This approach of Massoud’s parents caused a violent reaction by the side of the MEK. They detained the two elderly parents in the basement of a team house in Mashhad. Following the discovery of the team house, they were then released by Iranian security forces.

However, Massoud Rajavi delivered a speech in Paris alleging that his parents had been arrested and tortured by the Iranian revolutionary guards, in Mashhad. Eventually the reporters and journalists interviewed with Hossein Rajavi and his wife asking them about Massoud Rajavi’s claims.

Rajavi’s mother denied any torture and his father said that Massoud should repent from his past and may the God direct him. 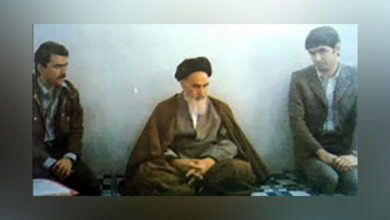 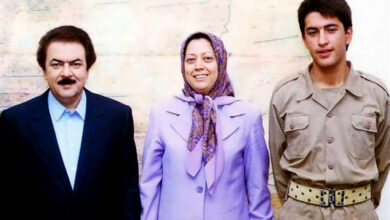