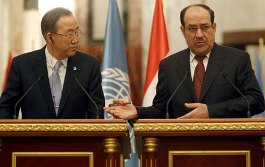 or prolonging the presence of the MKO members in Iraq.

“We have again repeated our demand from the UN on the necessity for transferring the members of the MKO from Iraq since their remaining entails huge costs for Iraq,” he said.

“The presence of the MKO members is illegal based on all criteria and standards and the Iraqi people are dissatisfied with their presence,” Maliki underlined.

On Sunday, Ban Ki-moon appointed a former US Homeland Security Undersecretary as his special advisor for relocation of the MKO members from Camp Liberty in Iraq.

According to Habilian Association, Jane Holl Lute’s appointment came after two years of quite fruitless painstaking efforts of the UN’s refugee agency and UN Assistance Mission for Iraq for the resettlement of MKO members in third countries.

“Holl Lute will work with a wide range of stakeholders, in particular the (UN) Member States, to assist in relocating the camp residents,” read a statement from Mr. Ban’s spokesperson, adding that she will also collaborate with Nickolay Mladenov, the UN representative in Iraq.

Former UN Special Representative had formerly asserted that finding homes for the MKO members “is the most difficult part of the story.” 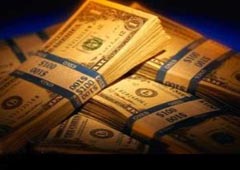 MKO propaganda to manipulate US hardliners

What’s remained of the MKO?