Miami – A Republican US congresswoman known for supporting terrorists also helped a pair of Ecuadorean brothers convicted of embezzlement as they attempted to establish United States residency. 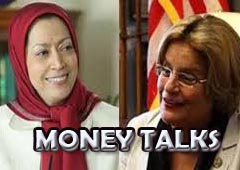 The Daily Beast reports Rep. Ileana Ros-Lehtinen (R-FL), while acting as  chairwoman of the House Foreign Affairs Committee, sent a letter to federal  agencies on behalf of William and Roberto Isaias, who once ran the Ecuadorean  bank Filanbanco before being convicted in absentia in Ecuador of embezzling more  than $100 million as the bank collapsed. The brothers never spent any time in prison because they fled to the United States, where they remain today even as the threat of extradition grows.   But the Isaias brothers have friends in high places. Senate Foreign Relations Chairman Robert Menendez (D-NJ), who is being targeted by an FBI investigation for alleged corruption related to the case, made phone calls and sent letters in support of their residency request.

Members of the Isaias family have contributed tens of thousands of dollars to the campaigns of numerous lawmakers on both sides of the political aisle. While the fugitive brothers cannot donate directly because they are not US citizens, their American relatives can and have given generously to Ros-Lehtinen, Menendez  and others. In addition to Ros-Lehtinen, who received $20,000 from the family,  and Menendez, who got $10,000 for his 2012 campaign. Rep. Debbie Wasserman  Schultz (D-FL) received at least $7,500 in 2012, according to FEC records. Both Ros-Lehtinen and Menendez deny any quid pro quo with the fugitive brothers.

“As a member who represents the area  where the Isaias brothers live and during my tenure as Chair of the Foreign  Affairs Committee, I sent letters to US Citizenship and Immigration Services and  the Department of State, as I do for many constituents,” Ros-Lehtinen told the  Daily Beast in a statement. “The Isaias family contacted my office and, as is  standard practice, we forwarded the constituent’s concerns to the appropriate  federal agencies.”

This is not the first time Rep.  Ros-Lehtinen has helped a convicted criminal enter or remain in the United  States. She is a staunch supporter of Cuban terrorists exiled in South Florida,  including some who have carried out deadly attacks against innocent civilians.  Orlando Bosch, now deceased, and Luis Posada Carriles masterminded, among many other deadly  attacks, the 1976 bombing of Cubana Airlines Flight 455, which killed 73 innocent  passengers and crew, many of them teenagers.

According to the US Justice Department,  “for 30 years Bosch has been resolute and unwavering in his advocacy of  terrorist violence… He has repeatedly expressed and demonstrated a willingness  to cause indiscriminate injury and death.”

But to the fiercely anti-communist,  anti-Castro Ros-Lehtinen, Bosch and Posada Carriles are heroes, freedom fighters worthy of the official ‘Orlando Bosch Day’  celebrated in Miami in 1982 in honor of the convicted terrorist. Ros-Lehtinen,  then a state senator running for Congress, made the campaign to free Orlando  Bosch (he was arrested after escaping from a Venezuelan prison and entering the  US illegally) one  of her signature election issues. She turned to her campaign manager, a  well-connected young real estate developer named Jeb Bush, to get Bosh out of  jail. Bush, in turn, lobbied his father, President George H. W. Bush, and Bosch  was released for “humanitarian reasons” and allowed to live in Miami.

Ros-Lehtinen has also publicly voiced her support for Mujahedeen e-Khalq (MEK), a then-State Department-designated  foreign terrorist organization of Iranian dissidents who once assassinated  numerous US officials and carries out attacks inside Iran with US and Israeli  assistance. She also backs the brutal, conservative Honduran regime, now led by  President Juan Orlando Hernandéz, which has been slammed by international human rights groups for its  widespread murder, violence, terrorism, corruption and other abuses.