President Barack Obama is pressuring Israel to stop carrying out assassinations of top nuclear scientists in Iran as the Islamic Republic continues its negotiations with world powers over its uranium enrichment program, according to a new book. 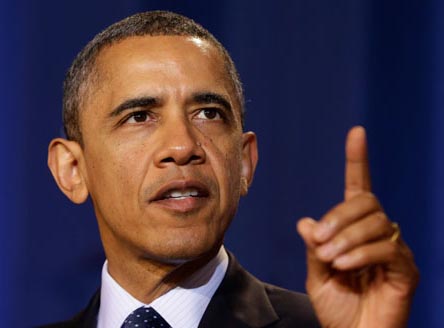 Apart from pressure from Washington that Israel give up the assassination program, sources close to Israel’s intelligence agencies told CBS News’s Dan Raviv that Mossad itself viewed the campaign as too dangerous to continue. Raviv, who was updating a book he co-wrote about the history of Israel’s intelligence agencies, said the pressure form the Obama administration was “more than a hint.”

Mossad itself was apparently undergoing a sea change regarding the program. Fearing their ‘best combatants’ – Israel’s term for its most accomplished spies – could be captured and hanged, the agency is reportedly set to shift its focus to other activities. According to security sources, Netanyahu ordered the intelligence agency to focus its efforts on proving the Islamic Republic is cheating on a landmark preliminary agreement made with six world powers in November to curtail its uranium enrichment program in return for limited sanctions relief.

At least five Iranian nuclear scientists have been killed since 2007, with men on motorcycles sticking magnetically attachable bombs to their victims’ cars. The head of the country’s ballistic missile program was also killed, while in October Mojtaba Ahmadi, who served as commander of the Cyber War Headquarters, was found shot dead. No Israeli national has ever been arrested in collusion with the targeted assassination program, which is reportedly intended to thwart advances in Iran’s nuclear program and dissuade Iran’s best and brightest from working in the sphere.

The killing of Ahmadi was widely viewed as an attempt to derail nuclear negotiations between Tehran and the P5+1 – the five permanent members of the UN Security Council plus Germany.

Israel has never publically claimed responsibility for the attacks.

In 2012, however, an NBC News report concluded that “deadly attacks on Iranian nuclear scientists are being carried out by an Iranian dissident group that is financed, trained and armed by Israel’s secret service.”

The report cited two senior Obama administration officials as confirming that Mojahedin-e-Khalq (MEK) is behind the killings, though the officials denied the US played any role in the program.

Mohammad Javad Larijani, a senior aide to Iran’s Supreme Leader Ali Khamenei, told NBC that Mossad worked through the MEK because “Israel does not have direct access to our society. [The MEK], being Iranian and being part of Iranian society, they have … a good number of places… to get into touch with people.”

The MEK has denied colluding with Israel, though Israeli officials have confirmed links between MEK and Israeli intelligence.

Meanwhile, Iranian President Hassan Rouhani told defense officials on Saturday the country had given up its nuclear program because owning weapons of mass destruction is a sin.

“Even if there were no NPT (nuclear non-proliferation treaty) or other treaties, our belief, our faith, our religion and principles tell us not to seek weapons of mass destruction,” Rouhani said.

In November, Iran agreed to stop enriching uranium beyond 20 percent and to dilute its already enriched stockpiles in return for an estimated $7 billion in sanctions relief. That deal came into effect January 20.

Following the latest round of Iran nuclear talks in Vienna on February 20, Iran and the P5+1 agreed to a framework on which to strike a final agreement within the coming months. Both sides have agreed to hold an additional round of talks in Vienna later this month.