Mojahedin Khalq, were trained by Mossad to assassinate Iranian scientists 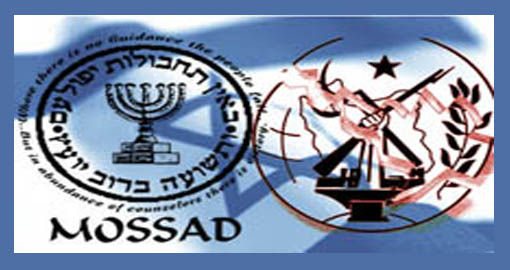 Although Israel has a policy of not commenting on allegations of murder and terrorism, authorities and unnamed sources have hinted that Israel may be involved in the assassinations of four Iranian nuclear scientists between 2010 and 2012.

Four Iranian nuclear scientists – Masoud Alimohammadi, Majid Shahriari, Darioush Rezaeinejad and Mostafa Ahmadi Roshan – were assassinated between the years 2010 and 2012. Another scientist, Fereydoon Abbasi, was wounded in an attempted murder.

Two of the killings were carried out with magnetic bombs attached to the victims’ cars. Rezaeinejad was shot dead in front of his wife and young daughter, and Alimohammadi was killed in a motorcycle-bomb explosion.

Reza Najafi, the Iranian ambassador to the United Nation’s International Atomic Energy Agency, said on Thursday at a meeting of the IAEA Board of Governors that “Israel-hired terrorists” were behind the assassinations of the nuclear scientists in the Middle East.

“Unfortunately, the Zionist Regime has ignored the rightful requests of the international community in the last years, and having the blind support of some Western countries and with infringing all international laws and regulations, has pushed its dangerous military nuclear program forward,” the ambassador said.

The former Iranian envoy to the IAEA, Ali Asghar Soltanieh, had called the assassinations of nuclear experts instances of “nuclear terrorism”.

During the time of the assassinations, there was speculation about the identity of the killers. The Israeli Mossad intelligence service and Israel Defense Forces were seen as the most likely perpetrators. However, the Iranian opposition group Mojahedin-e-Khalq (MEK), intelligence agents from Arab countries opposed to the Iranian government and the United States were also under suspicion.

While then Secretary of State Hillary Clinton denied any U.S. involvement in the killings, given the reported lack of U.S. intelligence assets in Iran, Israel neither confirmed nor denied its involvement.

In 2015, Israeli Defense Minister Moshe Ya’alon said in an interview with Der Spiegel that he bore no responsibility “for the life expectancy of Iranian scientists”. Speaking about Iran’s nuclear program, he commented that, “it must be stopped”.

“We will act in any way and are not willing to tolerate a nuclear-armed Iran. We prefer that this be done by means of sanctions, but in the end, Israel should be able to defend itself,” he said, hinting at Israeli involvement in the assassinations. He called the nuclear negotiations between Iran and six world powers “a historic mistake”.

According to a report by CBS News several years ago, the Obama administration pressured Israel to stop carrying out assassinations inside Iran against the country’s nuclear scientists. This came amid Washington’s attempt to reach a nuclear deal with Iran.

Although Israel never admitted to carrying out the killings, Mossad officials concluded that the assassination campaign became too dangerous for its spies, said the CBS News report.

A well-sourced and convincing investigation from 2012 by NBC News in the U.S. concluded that “deadly attacks on Iranian nuclear scientists are being carried out by an Iranian dissident group that is financed, trained and armed by Israel’s secret service”. It also cites two senior Obama administration officials as confirming that the MEK is responsible for the killings.

The MEK, however, denies any involvement with Israel, but Israeli commentators have confirmed the MEK-Israel connection.

The MEK was designated as a terrorist group by the U.S. State Department in 1997, although the designation was lifted in 2012. Investigative journalist Seymour Hersh said that, even while it was listed as a foreign terror group, MEK members received training from the Joint Special Operations Command in Nevada. During the confrontational period between Tehran and Washington over Iran’s nuclear program, the MEK was attractive to U.S. intelligence agencies as an opposition group in Iran.

Israel has a history of systematic assassinations, most prominent of which are targeted killings of Hamas leaders in the Israeli-Palestinian conflict. According to an Israeli intellectual, “targeted assassinations have become the most significant and frequent form of Israeli military attack,” and serve to control Palestinian territories.

In 2013, a young Iraqi nuclear scientist, Mohammad al-Fouz, was allegedly gunned down by Mossad in the country’s capital city of Baghdad. A member of Fouz’s family told reporters that unknown gunmen targeted the young scientist when he was on his way back home. He had just published his new uranium enrichment formula in a number of Western journals before he died.

According to a report released in 2010 by the UN Special Rapporteur on extrajudicial, summary or arbitrary executions, Israel refused to admit that it had been carrying out “targeted killings” for decades.

“There is no policy, and there never will be a policy or a reality, of willful killings of suspects. The principle of the sanctity of life is a fundamental principle of the Israeli army,” the report quoted the Israel Defense Forces as saying.

Israel has defended its use of assassinations and targeted killings as legal under international humanitarian law.

However, the Universal Declaration of Human Rights states that all individuals have the right to life, liberty and security. Article 6 of the International Covenant on Civil and Political Rights also says the right to life must be protected by law and “no one shall be arbitrarily deprived” of that right.

According to the United Nations’ “Principles on the Effective Prevention and Investigation of Extrajudicial, Summary or Arbitrary Executions,” governments must prohibit such executions and ensure they are considered offenses under their state’s criminal laws. It rules out “exceptional circumstances, including a state of war or threat of war” as justifications for such executions.

Mark Regev, the former Israeli prime minister’s spokesman, said in 2012 that it is preferable to arrest and bring “terrorists” to court, but that is not always possible. “Sometimes in the combat reality, the only real option is to eliminate,” he said.

Research by the Gaza-based Palestinian Center for Human Rights (PCHR), stated that from 2000 to 2008 the Israeli military carried out 348 “extrajudicial execution operations” in the occupied Palestinian territories. The attacks killed 754 Palestinians: 521 of whom were specifically targeted and 233 of whom were civilian bystanders, including 71 children and 20 women.