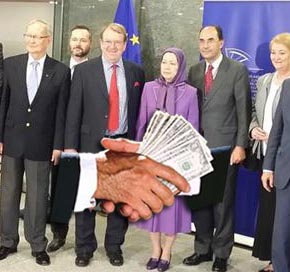 The MEK and Saddamists have lost two key lobbyists in the new session of the European Parliament. Struan Stevenson (UK) threw in the towel and didn’t stand again. Alejo Vidal-Quadras (Spain) tried to garner the far right vote by creating the new Vox Party – which took less than 2% of the vote. Vidal-Quadras was exposed in the Spanish media before the election for supporting terrorism and being greedy for money. Both MEPs had previously worked in the Iraq Delegation for a bloc of anti-Maliki groups and MPs in Iraq which included the MEK.

Rajavi will, of course, not be able to further influence the situation in Iraq where Maliki’s coalition was a clear winner. But the MEK will no doubt declare a ‘basij’ (gathering of forces) in the European Parliament to actively hunt, recruit and corrupt new MEPs to keep its terrorist-logo flag flying there!