A professor in Rome University and Chairman of World Study Institute Nicola Pedde, who has written a book about the activities of MKO terrorist group, says the group will never have a place in Iran. 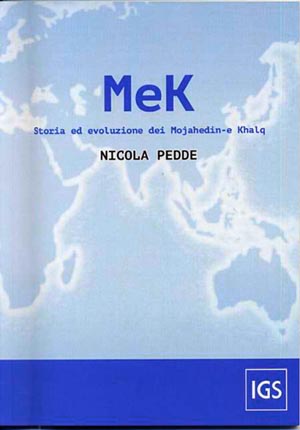 The Italian author in his book ‘MEK’ has, in details, underlined the terrorist nature of MKO and has written about their historical background and development of the group since 1965.

Pedde believes that seditious role of the MKO against Iran during the 8 years of imposed war is totally evident for Iranian society.

Because of their hostile acts against Iran’s officials and innocent people, there is a feeling of hatred among people of Iran at the group, says the author.

He has also made interviews with a number of ex-members of the group, who once had key roles in the organization, and has revealed criminal acts of the group as well as developments inside the group.

Professor Pedde says he has tried to make Italian politicians understand that before signing any document in support of any group or society, they should have some information about their activities.