You have recently closed the Money Iaundering file of the Rajavi Cult which had been running for eleven years. 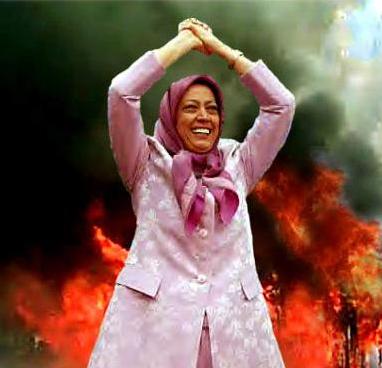 In this respect Iranian Pen Club ( Kanone Iran Ghalam) which consists of the dissident ex-cadres of the Mujahidin e Khalg, some with more than 20 years background in the Mujahidin Cult, and are human rights activists in Europe, would like to raise a few important issues with your Honors.

With regards to the quotes from you and the French judiciary in the Maryam Rajavi’s speech, we believe that if the quotes are true, a great historic mistake has taken place by closing her file. This is because the Mujahidin have been transformed from a so called revolutionary-political organization to a dangerous Cult by Masoud and Maryam Rajavi in the recent years. But this new face is hidden so while they are at reach in the west by the law, can proceed with their ominous activities to reach their political and military goals. This is why giving them an open hand in Europe is a very dangerous decision, and we hope you will realize it.

No doubt, you and the French Government will in the future realize what a Mafia like Cult has been let loose in the heart of France. We are sure you are aware that Maryam Rajavi is busy buying Villas and apartments in and around the small town she resides, so she can transfer the area to her new barrack. Your decision to close their file will send them a strong signal in this regards. We believe that France and the world will in the future face the same problem that the Iraqi Government is now facing in displacing them from Iraq.

We would like to express our serious concern with reminding you a few more facts about them.

1- Mujahidin Cult are ideological twins of the ISIS and Al Qaeda, but much more dangerous and complicated than them. They have been easily deceiving the West about their beliefs and pretend to be democratic, freedom loving and supporter of the Human Rights, but the reality is rather the opposite. One example is, ordered Self-immolations in center of Paris and elsewhere by them when Maryam Rajavi was arrested. Don’t you think this what ISIS and Al Qaeda now practicing around the world to reach their goals?

Where does this extent of brutality originate from?

Those who can order or inflict such brutality to their members or to themselves can easily behead others, as the world is now witnessing.

2- Their severe abuse of human rights has been committed in their medieval cult like organizational relationship which has been condemned by the international bodies such as Human Rights Watch, while Mujahidin pose as Democratic and freedom loving in the international gatherings and seminars. How would you assess forced divorces, suppression and depression and censorship inside them or use of teenager in military and terrorist operations, or prevention of families from meeting their loved ones in the Cult for decades?

3- Whilst Maryam Rajavi has been elected lifetime president of Iran, they claim to be anti-thesis of fundamentalism. In practice they support the terrorist groups such as Free Army of Syria operating in Syria and call them freedom fighters. Also in Iraq, they support DAESH (ISIS) and brand them the revolutionary people of Iraq.

4- From our point of view all the terrorist groups are alike and there are no good terrorists. But branding the Mujahidin as good terrorist is a fatal mistake, which the consequence is introduction of deadlier terrorists than Al Qaeda and ISIS to world and the region.

5- They also celebrate the anniversary of their start of terrorist operations in Paris while they claim to be against violence and terror. Their emblem consists of a weapon meaning they ideologically believe in violence to achieve their goals. We know they are only waiting for a chance to take up arms and spread Caliphate rule around the world.

We would like to ask you and the French Judiciary to control and put under close observation the activities of the Mujahidin and the so called National Council of Resistance and their Liberation Army which all are the nicknames of the Mujahidin in France.

Members of French Senate and Parliament