Special Rapporteur on the Human Rights Situation in Iran .

With most respectful greetings to the esteemed Special Rapporteur on the Human Rights Situation in Iran, Dr. Ahmad Shaheed. 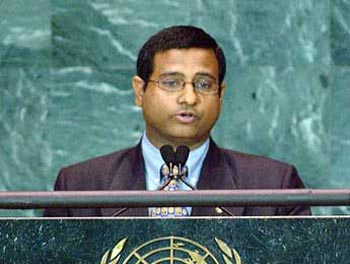 With all due respect, we would like to inform you that Iran Ghalam Association ( Iranian Pen Club ) consists of ex-members of the Mojahedin-e- Khalgh that have succeeded in releasing themselves from mental and physical imprisonment of the Mojahedin lead by Masoud and Maryam Rajavi. Our goal is to help the other members who have not yet been able to release themselves from the above said Cult to be able to join their family in the free world and start a new life.

Whilst kanone Iran Galam greatly respects your endeavor in the Human Rights and Humanitarian issues, would like to bring the followings to your respectful attention:

1. We condemn any human right abuses in Iran and elsewhere. As you know very well in the contemporary world it is not only the Governments that abuse the Human Rights. But some political groups and organizations who pose as opposition to the governments also commit harsh abuses of Human Rights. Among them are groups in the former Yugoslavia, Russia and terrorist groups such as ISIS, al-Qaeda and Cult like group of Mujahidin e Khalg of Iran.

2. Unfortunately it has been reported that you are being feed by the sources that are linked to the Mujahidin Kalgh of Iran. Mujahidin of Iran lead by Masoud Rajavi and Maryam Rajavi pose as opposition to the Iranian Government, but in reality as far as human rights is concerned this cult greatly violates Human Rights inside and outside their group. Therefore we think that using such a group as a source for investigating the human rights violation would be wide of the mark.

3. In this respect we would like to bring to your respectful attention the International Human’s Right Watch report in 2005. The report titled “‘No Exit’ – Human Rights Abuses Inside the Mujahidin Khalq Camps – Human Rights Watch, May 2005” reflects extensive violation of the human rights, although it was a drop out of the ocean. The report is based on the direct testimonies of a dozen former MKO members, including five who were turned over to Iraqi security forces and held in Abu Ghraib prison under Saddam Hussein’s government. The report details how dissident members of the shadowy Mujahidin Khalq Organization (MKO) were tortured, beaten and held in solitary confinement for years at military camps in Iraq after they criticized the group’s policies and undemocratic practices, or indicated that they planned to leave the organization. Amongst them Mr. Mohammad Hussein Sobhani a dissident member of the MKO after 20 years of activity in the Organization was jailed for eight years which was later handed over to Saddam Hussein being jailed in Abu Ghorab Prison and experiences severe tortures and psychological and physical mistreatments. We also would like to point at the reports of Mr. Alibakhsh Afarinandeh which has recently been released from this Mujahidin Cult and published in the Pejwak website. Mr. Afarinandeh explaines his and other dissident members’ imprisonment and tortures in 1994 in great detail.

4. The report and the questions raised by Mr Iraj Mesdaghi who had been jailed for ten years in Iran for supporting the Mujahedin Khalq which having been released, joined them again in Europe, regarding the extent of the violation of the human rights in Mujahedin Khalq MKO

Your honor, are you aware of the violation of Human Rights in this Cult like Organization?

-Sexual abuse of the women by Masoud Rajavi.

-Military use of the children.

-Prevention of the members from outside world even their children and families.

-Suppression of the dissident members, imprisonment, torture, and killing them at the time of Sadam Hossein the late Iraqi dictator.

-Force divorcing the members from their spouse and separating the children from their parents.

-Prevention of their members from leaving their Camps in unsecure Iraq which resulted in their death during different attacks on the Camps.

-Running systematic mind manipulation and inquisition sessions, against the members.

Kanone Iran Ghalam( Iranian Pen Club ) members who are the victims of this terrorist cult group, which have spent most of the best years of our lives in this group, sincerely ask you the violation of the human rights in this organization be considered and light set on it for the sake of the basic rights of those still in custody of this group.

At the end we would like to express our gratitude and appreciation to your honor and thank you again for all your humanitarian activities.

– Embassy of USA in Germany

– Ministers of Affairs of the EU-