Remember the brouhaha a few months ago when it was revealed that fighters of the Nusra Front, the al Qaeda 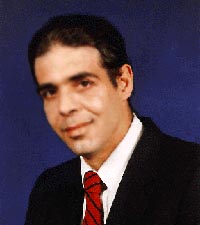 affiliate in Syria, had seized territory adjacent to Israel? The “let’s intervene in Syria” crowd was up in arms: this supposedly proved the absolute necessity of going full-bore into the region, with US bombing raids and unrestrained support for “moderate” jihadists out to overthrow Syrian strongman Bashar al-Assad. After all, we can’t leave our loyal ally, Israel, at the mercy of Osama bin Laden’s heirs, can we?

As it turns out, however, Nusra has left the Israelis alone – and, indeed, it looks like there is a de facto alliance between bin Laden’s boys and Bibi’s bombardiers. As the Wall Street Journal reports:

“Nusra Front, however, hasn’t bothered Israel since seizing the border area last summer – and some of its severely wounded fighters are regularly taken across the frontier fence to receive treatment in Israeli hospitals.”

We are told by the Israelis that they don’t check the identities of these injured fighters: “We don’t ask who they are, we don’t do any screening… Once the treatment is done, we take them back to the border and they go on their way,” says one Israeli military official. This from a country one can’t enter from the United States without an extensive interrogation at the airport.

Like most reporting on Israel, this story is chock full of hasbara, with the disturbing news of terrorist fighters treated in Israeli hospitals leavened with a touching tale of a young Syrian boy given a prosthetic arm due to the beneficence of his Israeli hosts. Yet this is overlaid with some darker overtones. While reporter Yaroslav Trofimov is careful to note “it would be a stretch to say that the U.S. and Israel are backing different sides in this war,” he goes on to write:

“But there is clearly a growing divergence in US and Israeli approaches over who represents the biggest danger – and who should be seen, if not as an ally, at least as a lesser evil in the regional crisis sparked by the dual implosion of Syria and Iraq.”

Indeed, Trofimov’s reportage refutes his careful qualifications. He points out that, while leaving Nusra alone – its encampments are “yards” away from a border that is a frequent site of tours by Israeli schoolchildren – the Israelis have begun attacking Assad’s troops and their Hezbollah allies. He also cites Amos Yadlin, former chief of Israeli military intelligence and a likely defense minister if Bibi should lose the election, who avers:

“There is no doubt that Hezbollah and Iran are the major threat to Israel, much more than the radical Sunni Islamists, who are also an enemy. Those Sunni elements who control some two-thirds to 90% of the border on the Golan aren’t attacking Israel. This gives you some basis to think that they understand who is their real enemy – maybe it isn’t Israel.”

This has always been the Israeli perspective, no matter who sits in the Prime Minister’s office. In a 2003 meeting with then undersecretary of state John Bolton, Ariel Sharon made a point of saying that, while the US should indeed attack Iraq, “Israel was concerned about the security threat posed by Iran, and stressed that it was important to deal with Iran even while American attention was focused on Iraq.” Israel is clearly taking a side in the religious civil war wracking the Muslim world: while the Saudis and the Gulf sheikdoms supply weapons and money to Sunni jihadists fighting for control of the Levant – including not only Nusra but also ISIS – the Israelis are bombing Assad and sending injured jihadists back onto the battlefield.

None of this is very surprising. Israel has never hesitated to ally with the worst elements on earth in order to advance what its leaders regard as the Jewish state’s interests. From South Africa’s apartheid regime to the death squads of Central and South America, to the Mujahideen-e-Khalq (MEK) – an Iranian exile group of Marxist terrorists – Israel has always given a helping hand to whoever merits it according to their amoral calculus. And as Israeli and American interests began to radically diverge – a process that has been ongoing since the demise of the Soviet Union – it makes perfect sense that they should align with our worst enemies.

The conventional wisdom that the 9/11 attacks showed there’s no daylight between the US and Israel – “We’re all Israelis now!” exulted the Israel Firsters before the smoke cleared over Manhattan – was quite wrong. Netanyahu told an audience at Bar Ilan University “We are benefiting from one thing, and that is the attack on the Twin Towers and Pentagon, and the American struggle in Iraq.” Al-Qaeda’s act, he averred, had “swung American public opinion in our favor.”

Yet American opinion has always been pro-Israel, with very little sympathy for the Palestinians: what Bibi meant was that the Israeli strategic perspective – constantly pushing for the US to fight its wars – was more popular as the Bush administration began its rampage across the Middle East.

However, this war fever was necessarily of limited duration: once the madness had worn off, and the backlash against the post-9/11 hysteria began to roll in, the US public turned against the War Party. That’s when the long range impact of the “war on terrorism” on the “special relationship” between Washington and Tel Aviv began to be felt.

It didn’t take long for the “We’re all Israelis now” propaganda to wear thin in Washington. For in order to defeat radical Islamism it was necessary for the US to split the jihadist base from the leadership and dry up the pool of recruits that were flocking to bin Laden’s banner. Far from drawing away from the Muslim world, it was more than ever important for Washington to court it – and to eventually take advantage of the Sunni-Shi’ite split in favor of the latter.

We are seeing this today in the war against ISIS, with Iranian-led Iraqi Shi’ite troops on the ground getting air support from the US – and the Israelis helping the other side, albeit as discreetly as possible, along with their de facto Saudi and Gulf state allies. The open propaganda war now being waged by the Israelis against their supposed American allies is increasingly taking on a military aspect in the battle for the Levant.

The Obama administration is determined to forge a deal with the Iranians for the simple reason that it cannot defeat the jihadists without occupying not only Iraq but also Syria and parts of Lebanon – a political, economic, and military impossibility. The Israelis, who see Iran as their principal – indeed, only – rival for regional hegemony are equally determined that this must not come to pass. The “special relationship,” which has been strained ever since the latter part of George W. Bush’s second term, has now reached the breaking point. And this is going to be true no mater who sits in the Oval Office.

Bibi is now playing the only card he has left: the well-funded and politically entrenched Israel lobby, which could formerly make or break politicians. Yet the power of this lobby has necessarily diminished over the years as the geopolitical realities of the post-9/11 era set in.

On the intellectual front, the publication of The Israel Lobby, by leading foreign policy “realists” John Mearsheimer and Stephen Walt, set the tone for what was to come. In exposing the key role played by Israel’s fifth column in distorting the making of American foreign policy – and dragging us into the disastrous Iraq war – the book broke the lobby’s monopoly on elite opinion and set the stage for its subsequent political defeats. The lobby’s attempt to quash the nomination of Chuck Hagel was not only defeated, but the sheer nastiness of the smear campaign aimed at him discredited the Israel Firsters among key opinion-makers and in Democratic party circles.

The final straw was Sen. Tom Cotton’s “open letter” to Iran’s leaders – which was really a letter to the American people, telling them that in any conflict between Washington and Tel Aviv GOP hard-liners would side with the latter. The backlash against this open attempt to sabotage American diplomacy in the interests of a foreign power provoked outraged cries of “treason” and calls for the 47 Senators to be charged under the Logan Act. While Cotton’s letter hardly falls under the restrictions imposed by the Logan Act – and the call itself is a dangerous not to mention stupid invocation of the growing authoritarian impulse in American politics – this kind of reaction is telling. It shows that the American people are waking up to the inordinate – and inappropriate – influence wielded by the Israeli government on our domestic political scene, and that Bibi’s playing of this particular card no longer trumps the President’s hand.

And that’s a cause for optimism. For the Israel lobby and the War Party are, in many instances, virtually identical. Diminish the power of the former, and you have clogged the engine of the latter. Which is not to say the machinery that churns out endless war propaganda has been silenced – far from it – but it is getting more difficult to start it, and, once started, it tends to stall.