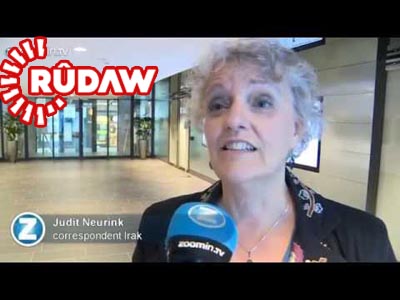 ERBIL, Kurdistan Region – The Iranian resistance and political group People’s Mujahedin of Iran, or Mojahedin-e-Khalq (MKO), which been operating from Iraq since 1986, is moving its members to a new base in Albania to continue the struggle against the Iranian government, according to Albanian media.

In past years, the MKO, led from Paris by Maryam Rajavi, has sent groups of members from their present location near Baghdad to Albania, where the group has acquired land and properties.

A group of 15 of the group’s leaders reportedly went there recently to set up a base.

The Iraqi newspaper Assabah Aljadeed is citing sources in Paris who claim the alleged plans are leading to a political storm in the Albanian capital, Tirana.

“The Albanian government fears that the camp will turn into something like Ashraf Camp previously. A base for military training, planning and preparation for military operations in Iran and abroad,” the paper reported.

Ashraf Camp, in Diyala province, was MKO’s main base in Iraq. In the 1980s, thousands of MKO members joined former Iraqi dictator Saddam Hussein to fight in the Iran-Iraq War against their follow Iranians. They were given weapons and bases, notably Ashraf Camp.

After the Gulf War in 1991, the MKO helped Saddam put down the Kurdish uprising just north of the group’s main base.

The US invasion in 2003 led to the group being disarmed, and hundreds of disenchanted members defected. The remainder stayed at Ashraf Camp and forged close ties to the militant Sunni tribes of Diyala province, some of which were working with Al-Qaida in Iraq against the Americans and the Shiite-majority Iraqi government.

After repeated threats from the Iraqi government to forcefully evict the group from Iraq, and a number of incidents between MKO-members and Iraqi military, the United Nations intervened. The 1,000 or so remaining members were relocated to the former US base Camp Liberty near Baghdad airport.

From there, a new home would be sought for the aged members, most of whom now are in their 50s and 60s.

In 2013, at the request of the then Secretary of State Hillary Clinton, Albania agreed to take in over 200 of MKO members on humanitarian grounds. Since then, some 400 members have moved from Iraq to Albania. The total number of MKO members in Albania is expected to reach an estimated 500 members.

Interlink, an organisation of former MKO-members in London, warned against the plans for the camp in Albania.

“MKO will make a new enclave there that is outside the law, where they will be rearmed and invite people in for training,” said Massoud Khodabandeh, director of Interlink.

Part of the deal arranged by Clinton was the removal of MKO from the US list of terrorist organisations.

Now, with politics changing after the nuclear deal between Iran and the US, the MKO is scrambling to find new friends, according to Khodabandeh.

He said there have been reports that the MKO even offered the Saudis to help fight against the Shiites in Yemen.

Khodabandeh said that while various routes to Turkey, Syria and Iraq are under scrutiny, “terrorist commanders from any mercenary group can slip beneath the radar and seek training and logistical support in Tirana.”

“What better location to establish a clandestine terrorist training camp than in Albania? It is in Europe, but not in the EU and therefore not so open to scrutiny by the international community. It is a Muslim country but is also notorious for corruption and mafia-like gangs,” he said.

“The message is [that] the MKO have branched out and are open to do business with any terrorist group.”

At the same time, the situation for MKO in Iraq is getting increasingly precarious due to the Iran-linked militias that Baghdad has allowed to take up arms against ISIS.

To add to this potential crisis, the families of some MKO members have protested outside Camp Liberty, claiming the group’s leadership is stealing their spouse by moving them to Albania.

A group of these spouses said the MKO told its members to make Molotov cocktails for fear of attacks by the Iranian militias.

According to the spouses, MKO fears an attack would come under the cover of a visit by families members.

Even though the Iraqi Ministry of Human Rights and the Red Cross have requested that MKO allow family members to visit, they have so far not been allowed in.

Some of these spouses have reportedly not seen their loved ones since they joined the MKO.