Honorable Members of the US Congress, 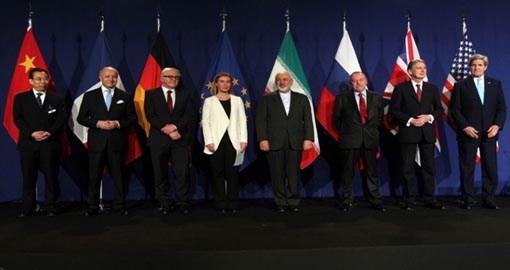 With regards, we are the former members of the Mojahedin-e Khalq Organization (MEK, MKO, NCRI), who had been members of this cult for between 10 to 30 years, mostly in Iraq.

We are most pleased by and very much welcome the nuclear agreement made between Iran and the P5+1 and consider it an important step towards establishing global peace and security in alliance with the people of Iran’s best interests.

We also fully support the lifting of the sanctions against Iran since we find it in the best interest of Iran and its people.The people of Iran welcomed the agreement and the world was witness to their celebration and satisfaction in the news broadcasts.The people of Iran have suffered enough damage from the 8 years of war between Iran and Iraq.

We have all spent a life time trying to bring freedom, justice and welfare for the people of Iran,to restore human rights and civil rights for our homeland and therefore now we have no wish other than what Iran’s people desire.

Some fundamentalists and extremists, including the cult leader Massoud Rajavi and his wife Maryam of the terrorist MEK, see their existence only in war mongering and terrorism. We declare that the people of Iran support this agreement and of course they know best what is to their best interests.

Therefore we, alongside the people of Iran and peace loving organizations and personalities around the world, urge members of the US Congress to support the nuclear agreement with Iran and let all sanctions be lifted and Iran’s wealth be released.

We are certain that your approving vote would not only improve the living standards in Iran but would pave the way for reformists and civil rights activists to struggle for political freedom and human rights in Iran both inside and outside the country.

A group of former members of the MEK:

– Office of the President of the United States