Ahmad Chalabi’s death on November 3rd brought him back to public prominence for the first time in years. As 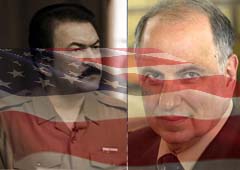 the avalanche of editorials exploring Chalabi’s life showed, Americans are still divided about his motivations—conniving or noble—and the extent of his role in misdirecting Middle East policy. But whether he was a master manipulator or merely manipulated, Chalabi was little different from any archetypal Westernized, pro-democratic exile. His life and influence in Washington should serve as a warning to U.S. policymakers: beware exiles who promise much but possess their own agendas.

Chalabi was the face of American policy toward Iraq after the 1991 Gulf War, cultivating strong ties with the U.S. military and intelligence agencies. Though he had been an exile for much of his life, his influence was predicated on his supposed knowledge of and connections inside Iraq. Indeed, his Iraqi National Congress was a vehicle for U.S. opposition to Saddam Hussein throughout the 1990s, receiving millions of dollars from both the CIA and directly from Congress.

Yet Chalabi’s sway within Iraq was less than he implied to policymakers. Despite U.S. financial support, his attempted coup against Saddam in 1995 collapsed when the Iraqi army failed to fold as he expected, leading to the deaths of a number of his own men. Though the CIA largely stopped supplying Chalabi after this debacle, his influence in Washington continued to grow, in particular among a subset of influential neoconservative politicians—including Dick Cheney, Paul Wolfowitz and Donald Rumsfeld—who were receptive to Chalabi’s pro-democratic pronouncements.

After the 9/11 attacks, these relationships were to prove key in the U.S. invasion of Iraq. Though many point to Chalabi’s role in providing flawed intelligence—the Iraqi National Congress was behind the defectors whose unsubstantiated claims pointed to Saddam’s supposed weapons of mass destruction—his quiet conversations with policymakers may have been more instrumental. He convinced administration insiders that the takeover of Iraq would require few American troops, that Iraqis themselves would rise up, and that the country would transition easily to democracy.

There is little to be gained from further recriminations about Chalabi’s role in the Iraq War. But policymakers could certainly learn from this episode. Though Chalabi was perhaps the most prominent example in recent history, the role of exiles on the political scene is not new. Nor is their influence limited to Washington: groups such as Boris Berezovsky’s London-based group of Russian exiles have attempted to influence British policymakers to oppose the Putin regime. The appeal of such exiles to Western policymakers is obvious: these individuals promise insider information about some of the world’s most closed regimes, like the Soviet Union of old, Libya, or North Korea.

As Chalabi proved, however, exiles also have a strong incentive to mislead. The role of exiles in U.S. Cuba policy during the 1960s was similarly catastrophic. Among the most prominent of these exiles was José Miró Cardona, a former confidante of Fidel Castro. Under his leadership, the Cuban Revolutionary Council cooperated closely with the Kennedy administration in its anti-Castro activities, culminating in the Bay of Pigs disaster. Like Chalabi’s 1995 coup, that operation failed in part because the Cuban exiles dramatically overestimated their support within Cuba.

From Chiang Kai-shek in the 1960s to Garry Kasparov today, U.S. policymakers have often looked favorably on opposition politicians when they visit Washington, regardless of their actual levels of support at home. And with the possibility of American taxpayer aid of millions or billions of dollars in the balance, the incentive for foreign dissidents to overrepresent their own support and underestimate the difficulties associated with regime change is high.

Policymakers in Washington are not blameless in this. A recent invitation by Congress to the Mujahedeen-e-Khalq (MEK), an Iranian opposition group, to testify before the House Subcommittee on Terrorism on issues relating to Iran and ISIS highlights how little scrutiny such groups sometimes face. Though certainly a vocal opponent of the regime in Tehran, MEK was only removed by the State Department from the list of foreign terrorist organizations in 2012, after heavily lobbying Congress. The group is communist and is often described as a cult. It is so extreme and so unrepresentative of the Iranian opposition in general that other regional experts testifying before Congress refused to appear on the same panel.

In today’s Syrian conflict, the lack of a well-connected opposition-in-exile has made it somewhat easier for policymakers to resist calls to overthrow the Assad regime. If there were a Syrian Chalabi, it might well be the case that the U.S. would be attempting regime change in Damascus rather than concentrating on ISIS.

What Chalabi’s story highlights is the need for skepticism among policymakers. Machiavelli once warned: “How vain the faith and promise of men who are exiles. Such is their extreme desire to return to their homes that they naturally believe many things that are not true, and add many others on purpose … they will fill you with hopes to that degree that if you attempt to act upon them, you will incur a fruitless expense or engage in an undertaking that will involve you in ruin.” Ahmad Chalabi epitomized this problem—and there are many more like him.

Emma Ashford is a visiting research fellow at the Cato Institute.