A group of 111 family members whose loved ones are trapped in Camp of Mujahedin-e Khalq in Iraq; Camp Liberty arrived at the Camp’s Gate this morning. 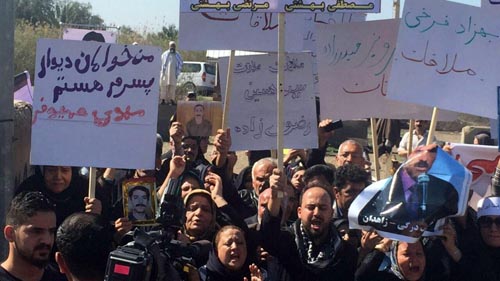 The families are from different Provinces of Iran. They have risked the dangers and troubles of travelling to the war-torn country of Iraq in a hope to have a short visit with their loved ones. The right which they are denied of, now for many years. 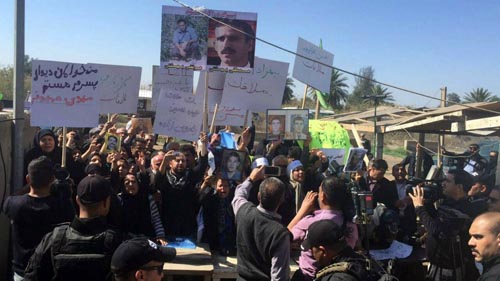 The families gathered in front of Camp Liberty and called their children. Though they are not allowed to use loudspeakers, the families screamed their basic right of visiting their loved ones.

The Rajavi’s brainwashed elements’ reaction was to nervously swear at families. 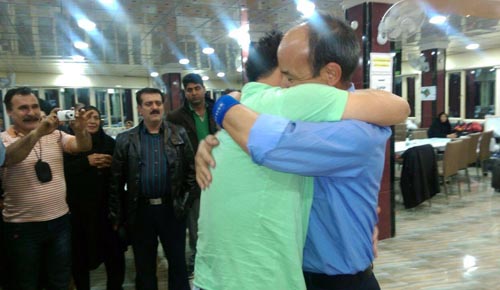 Mr. Ashur Varshi’s brother was also among the families who have traveled to Iraq. The two brothers saw each other after nearly three decades and the scene was so impressive. The Varshi brothers met at Mohajer Hotel in Baghdad where Ashur resides in accompany with other survivors of the MKO Cult. He is the most recent defector of the Cult.

A MKO hostage’s mother: I will seek my son until my last breath