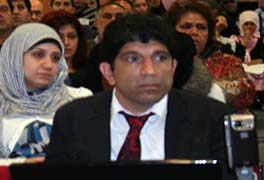 ways the MEK misuse the vulnerability of refugees.
so that they will fight against each other rather than joining together to attack the MEK. More than anything though, the MEK pay lobbyists with respectable titles, such as members of parliament, to write false letters to the authorities and services in their countries against these individuals.

Alishahi says that although none of this is new, the circumstances are changed. The MEK has been pushed back from many arenas, from the international and European political scene, from the nuclear issue, and they are being thrown out of Iraq and from Iranian communities outside Iran. It is time for everyone to join together and expose the MEK and put their paid agents in their place by taking them to court for abusing their positions.