Reacting to Saudi Arabia’s former spy chief Turki al-Faisal’s participation in the MKO gathering and his support for the most hated terrorist group among the Iranians, many of Kuwait’s political elite strongly denounced 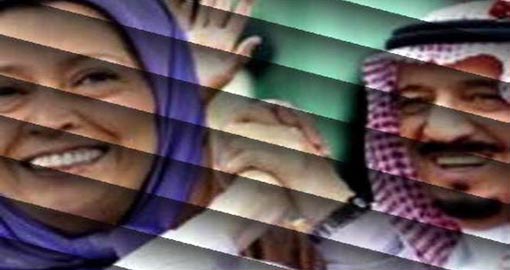 Saudis’ measure and their failed policies.

When Saudi Arabia supports Iranian armed formations, how you can object Iran’s support for armed groups opposing the Riyadh regime, wrote Abdul-Hamid Dashti, a Kuwaiti Member of Parliament who is also a member of the UN Human Rights Council on his twitter page on Monday.

Dashti went on to say that I wonder how Saudis, who do not have democratic elections and freedom, want it for other nations.

Yasser Al-Saleh, a Kuwaiti university professor also said on that Turki al-Faisal’s attendance in the gathering of the Mujahedin Khalq Organization (MKO) in Paris is highly detested by the Iranian people.

In his twitter page, Nasser Al Abdouli, head of the Institute for Persian Gulf Studies and Development also wrote S. Arabia that funds Iranian opposition conference, should firstly try to resolve their problems and not to waste their money.

In response to Saudi Arabia’s recent unwise action, Dr. Esam Al-Kazemi also said that Saudis support Maryam Rajavi as ringleader of MKO, while Saudi’s women are not even allowed to get driving licenses and drive in this country!

On Saturday, Turki al-Faisal, Saudi Arabia’s former spy chief, attended a meeting of the MKO terrorists in Paris, reaffirming Riyadh’s commitment to supporting the anti-Iran group and vowing support for efforts to remove the Islamic Republic.

The MKO is the most hated terrorist group among the Iranians because of its dark history of assassinations and bombings and for siding with the former Iraqi dictator, Saddam Hussein, in his eight-year war against Iran in the 1980s.