Secretary of State John Kerry announced on Monday that the last 280 members of a controversial Iranian opposition group, the Mujahedin-e Khalq (MEK), had been removed from a camp near Baghdad and given 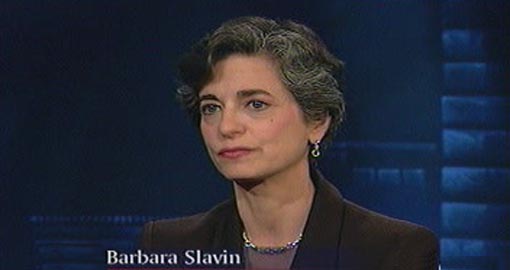 The news aroused little notice amid Kerry’s remarks about a bigger story – a new attempt at a cease-fire agreement in Syria. But the announcement marks an end to a long-running saga that was among the many unforeseen complications of the U.S. invasion of Iraq and toppling of Saddam Hussein in 2003. The relocation also diminishes the likelihood that the MEK will be able to foment more mischief in the Middle East.

A Marxist-Islamist group that killed six Americans in Tehran in the 1970s and lost out in a power struggle after the 1979 Iranian revolution, the MEK fled to Iraq and supported Saddam in the 1980-88 Iran-Iraq war. That decision earned the undying enmity of most Iranians – a fact that MEK leaders sought to conceal in their efforts to cultivate support in the United States.

The MEK also helped Saddam brutally suppress uprisings by Iraqi Shiites and Kurds after the 1991 Gulf War and is believed responsible for attacks on Iranian officials in the 1990s. For this reason, the group – which for decades kept adherents at a base outside Baghdad called Camp Ashraf – was persona non grata in a post-Saddam Iraq dominated by Shiites and Kurds.

The administration of President Bill Clinton put the MEK on the State Department terrorism list in 1997 in what some say was a gesture to the then reformist government of Iran, led by President Mohammad Khatami.  The political arm of the group, the so-called National Council of Resistance, lobbied for years to be removed from the list and finally succeeded in 2012 when Iran was at the height of its international isolation over its nuclear program.

In July, a former Saudi head of intelligence and ambassador to the United States, Prince Turki al-Faisal, also appeared at such a meeting and called for the “downfall of the [Iranian] regime.” This led many observers to conclude that much of the MEK’s money is coming from Saudi Arabia, which is embroiled in a bitter rivalry with the Iranian government.

After Saddam was overthrown, the residents of Camp Ashraf were in obvious peril. The George W. Bush administration, which had earlier promised Iran that the MEK members would be declared enemy combatants, instead put the camp under U.S. projection.

For years, the MEK was able to use the plight of the stranded camp inhabitants to attract support for its cause. Given the hostility of the Baghdad government and occasional violent Iraqi intrusions into the camp, concern for these people’s welfare was justified. At the end of 2011, the group agreed to transfer the more than 3,000 residents of Ashraf to a former U.S. military base closer to Baghdad known as Camp Liberty and to allow the U.N. to begin processing residents for eventual resettlement.

It took years for U.S. officials to find countries willing to accept the MEK members; the effort was reminiscent of that required to try to empty out Guantanamo.

In announcing the departure of the last residents from Camp Liberty, Kerry called it rare “good news.” “Their departure concludes a significant American diplomatic initiative that has assured the safety of more than 3,000 MEK members whose lives have been under threat,” Kerry said.  “And as everybody remembers, the camp they were in had on many occasions been shelled.  There were people killed and injured.  And we have been trying to figure out the way forward.”

State Department officials say that Albania has accepted the largest number of MEK refugees. In addition, Kerry said, Germany, Norway, Italy, Britain, Finland and other European countries have taken MEK members. “This is a major humanitarian achievement, and I’m very proud that the United States was able to play a pivotal role in helping to get this job done,” Kerry said.

The group has also been in the news lately because of the release of recorded comments by the late Ayatollah Hussein Ali Montazeri condemning the Iranian regime for executing thousands of jailed MEK members in 1988 at the end of the Iran-Iraq war. MEK leaders had foolishly sent adherents into Iran after the Islamic Republic accepted a U.N.-brokered cease-fire. Then Supreme Leader Ayatollah Ruhollah Khomeini retaliated by sanctioning the killing of the detainees, many of whom had been scooped up as youngsters in the chaos following the revolution. Montazeri, who had been Khomeini’s heir apparent, was pushed aside because of his criticism of the executions and spent many of his last years under house arrest in the Iranian clerical center of Qom. His taped remarks were released by his son.

The 1988 executions – which also killed many leftists and other regime opponents — were a grotesque abuse of human rights. But sympathy for the victims should not lead to support for the MEK. Far from the “democratic” organization it purports to be, the group is a cult that forces members to be celibate, to give up personal wealth and to show complete allegiance to Ms. Rajavi.

As unpopular as the current government of Iran may be, it is hard to find Iranians who would switch from the current system to one led by the MEK. Hopefully, the former residents of Camp Ashraf will be able to construct new lives outside Iraq and memories of the movement will fade.

By Barbara Slavin, Voice Of America,

Barbara Slavin is Acting Director of the Future of Iran Initiative at the Atlantic Council in Washington.