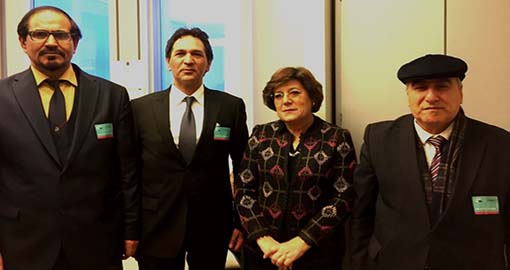 The delegation consisted of Mr. Ali Akbar Rastgoo, Ghorbanali Hosseinnejad, Isa Azadeh and Reza Jebelli who once had been of veteran, high ranking members of the MKO Cult.

The meeting took place at Ms. Gomes office in the EU Parliament, Brussels.

MKO ex-members iterated the situation of some 2000 members of the cult in Albania who have no access to the outside world, esp. their families. Mr. Hosseinenjad as an example described the situation of her daughter within the cult who is prevented by the cult leaders to visit her father and her only sister (The two sisters have not been able to see or have any contact with each other during their lifetime due to the enforced separation of families within the Cult of Mujahedin-e Khalq.). 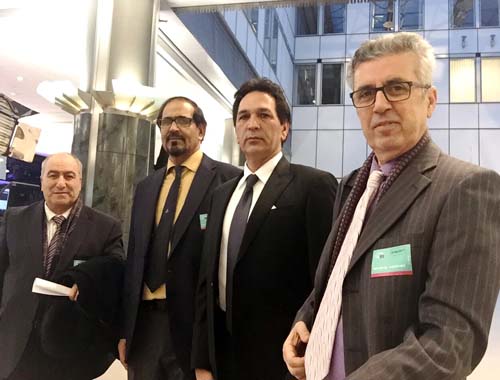 The former members also defined: the financial sources of the Cult during Saddam Hussein era and afterwards, the oppressive and repressive affairs within the cult Camps in Iraq and now in Albania, ban of marriage, the cult leaders’ efforts for lobbying in the EU parliament and to whitewash their history and nature of violence and terror.

Ms. Gomes welcomed the MKO ex-member’s delegation. The MEP expressed regret over the appalling situation under which the cult members live. She also announced her readiness for the next visits.

The MEP emphasized she will inform the President of the European Parliament and other MEPs, of the MKO Cult members situation.