Donald Trump wants the US to go to war with Iran, but Iranians can still stop or at least delegitimise his efforts.

Are nations entirely helpless in the face of blatant warmongering targeting their homeland? What can ordinary people do, independent of the state that is ruling them, to prevent, or at least make it difficult, for US militarism, 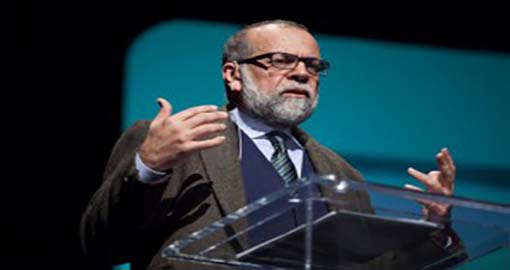 now under the command of a mentally unstable “commander-in-chief”, first to demonise before starting to bomb them?

For those of us who still actively remember the preparatory stage of the United States-led invasion, destruction, and occupation of first Afghanistan in 2001 and then Iraq in 2003, we know how demonising entire nations was and remains the indispensable first step before starting to bomb a country.

That history has now assumed an added urgency. Donald Trump needs a war and all the indications point to Iran as what seems like the easiest target in his crosshairs. He will never pick a fight with China, or Russia, or even North Korea. Like all bullies, he picks a fight he thinks (falsely) he can easily win.

A war with Iran will “justify” his Muslim ban, drum up his xenophobic base, distract people from his terrifying domestic atrocities, create a state of emergency in which no resistance is tolerated, critical thinking and civic opposition will be equated with treason, Muslim registry and even internment will not be too off their marks.

In what follows, I enumerate 10 things Iranians, as a people, can do to preempt a war on their country. Although I will be specific to Iran – for I think it is the most obvious target of Trump’s warmongering – the same ideas can be extended to any other potential target of US militarism, which predates and will outlast Trump.

First and foremost reclaim the term “Iran” for the nation and away from “the state” that rules over it.

In the current diplomatic and journalistic parlance, “Iran” summons both the “nation” and the “state” that claims it together. This is a false coupling.

As a signifier, “Iran” belongs to the Iranian people. The state, the current or any other, is an appendix to it.

Like all other states around it, “the Islamic Republic” is today integral to a geopolitics of the region with almost all their soft and hard powers active in each other’s territories.

From Turkey to Iran to Saudi Arabia – at the head of an eleven Arab nation coalition – are militarily engaged outside their own borders.

Turkish, Iranian, and Arab nations are trapped inside their states and have little to no control over their diplomatic and military operations.

States seek to survive their hostilities, while nations pay the unfathomable price of suffering their leaders’ decisions. Reclaim the name of the country and do not allow it abused as the first political move towards a military attack.

Second, denounce those treacherous forces among the expat opposition – now led by the cultic People’s Mujahedin of Iran (MEK), and Reza Pahlavi, the son of the former Shah – that demand “regime change” in Iran.

Neither of these characters has the slightest legitimacy inside Iran. A blind hatred of the Islamic Republic is definitive to these expat forces, no matter what the consequences for Iranians as a people. That hatred is categorically different from any legitimate critical stand vis-a-vis Iran.

There must remain no false claim that any one of these discredited expat oppositions represents the Iranian people. They do not.

Third, give voice to the legitimate internal dissidents who oppose foreign intervention and domestic tyranny at one and the same time.

These forces must be mobilised to denounce war and demand civil liberties in one breath. Their active opposition to a possible US war on Iran will have domestic, regional, and global echoes.

Fourth, the more democratic, a nation the lower the possibility of a military invasion by the US and its allies.

If the ruling regimes in Afghanistan and Iraq had any semblance of democratic legitimacy, they would not have been so easily demonised, invaded, and destroyed.

Iranians do not live in a democratic country. They cannot freely mobilise a demonstration denouncing Trump’s warmongering and Ali Khamenei’s tyranny at the same time.

Nevertheless, they habitually turn their periodic presidential and parliamentary elections into a major force to register their democratic will within the tight limits of the ruling theocracy.

The forthcoming presidential election in May 2017 must be turned into a full spectrum of staging their antiwar and democratic will, whether they opt to participate in this election or boycott it, they must use it as a stage to show the world their opposition to “regime change” by nefarious forces cooked up in the US, Europe, and their own region.

Fifth, the globally celebrated Iranian filmmaker Asghar Farhadi and the lead actress Taraneh Alidoosti have publicly denounced Trump’s Muslim ban and declined to come to the US to attend the Academy Awards for which their new film, Salesman, has been nominated.

In a bold and brilliant move, Sadiq Khan, the Muslim mayor of London, has just announced on that designated night – February 26 – he will have a public screening of Farhadi’s film at Trafalgar Square, in which around 10,000 people are expected to attend, and leading British filmmaker Mike Leigh is scheduled to speak.

On this, and other international public scenes, Iranian artists and intellectuals and their non-Iranian colleagues must use their forum to denounce war on their homeland.

Sixth, the expat intellectuals must clearly and unequivocally denounce economic sanctions and war on their homeland.

They must remember how expat Iraqi intellectuals were used and abused by the US propaganda to pave the way for the invasion of Iraq.

Whatever qualms they may have with the ruling regime – and they are plenty – is secondary to the territorial integrity of their homeland and the physical wellbeing of their people.

Seventh, prominent Iranians in the US in various industries must start employing their social capital and call their senators and representatives, opposing more sanctions and warmongering against their homeland.

They need to find out more about the so-called “Authorization of Use of Force Against Iran Resolution, H J Res 10”, introduced by Representative Alcee Hastings days before Trump’s inauguration.

They need to find out who inspired this man to pave the way for the US military action against Iran, and how to counter it.

Eighth, Iranians outside their homeland must join antiwar mobilisations in Asia, Africa, Latin America, and Europe, and make their voices integral to all other antiwar voices. They must exit their habitual nativism and learn a far more global antiwar culture.

Ninth, the Iranian community in the US has an even more critical role to play. They must join the massive protests against Trump’s domestic and foreign policies. If their concerns against war on Iran is to be taken seriously, they must equally care about Trump’s war on the environment, on Native American rights to their lands, voter suppression, the immigrant communities, deregulation of Wall Street, assault on public education and healthcare.

Tenth, none of these may, in fact, prevent the war, but they can strip American militarism of any claim to legitimacy.

Our task is not to side with either of the two ruling regimes in Iran or the US. Our task is to unite Iranians, Americans, and other nations against any and all acts of violence and warmongering in any country.

Hamid Dabashi is the Hagop Kevorkian Professor of Iranian Studies and Comparative Literature at Columbia University.