The European Parliament started its plenary session last week with a minute of silence to honor the victims of the recent terrorist attacks in London and Tehran. In this way, the EP has joined a number of other institutions, as well as leaders of the EU and its member states, in offering sympathy to the Iranian people. 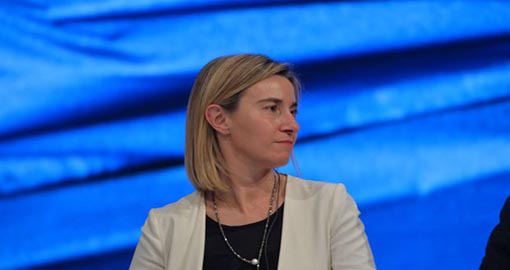 For a country like Iran, which cannot boast of an abundance of international support and empathy, such a gesture from a leading Western institution was extremely valuable. The news and pictures of the minute of silence spread through the Iranian media immediately and boosted the good will towards the EU among the officials and general public.

This matters, given the background of intense efforts over the years to de-legitimize the Iranian institutions, including the elected ones, with the aim of building support for regime change. The well-financed exile dissident group Mojaheddeen-e Khalk (MEK), in particular, has developed a strong lobby in the European Parliament promoting this cause.

The times, however, are changing. The images of Iranians voting in the last presidential elections, in a region where few other populations go to the polls, and re-electing their moderate president in a landslide, have certainly made an impact. They have also debunked, once again, the MEK’s claims that the Iranian elections are void of any meaning. In fact, such efforts are provoking a growing backlash among the Euro MPs.

In this context, the fact that the European Parliament perceived the minute of silence dedicated to Iran as completely “normal” and appropriate is itself a testimony of the changing climate in EU-Iran relations.

Contrast this with the attitude in the United States. Although the State Department did issue a proper statement, the majority in the Senate rejected the proposal of Senators Bernie Sanders and Diane Feinstein to postpone the consideration of new anti-Iran sanctions. Instead, the Senate overwhelmingly approved the measures the week after the attacks in Tehran—despite a warning from former Secretary of State John Kerry that it could jeopardize the nuclear agreement with Iran.

Such an attitude reflects Washington’s dominant view of Iran as a country unworthy of minimal sympathy even in such tragic circumstances. Hence, Trump’s infamous words about states becoming targets of the “evil they promote.” The sheer ignorance and insensitivity of these remarks is highlighted by the fact that the “evil” that hit Iran was also responsible for the terrorist attacks in America on 9/11 and in subsequent years in Paris, Brussels, London, Madrid, Manchester, and so on. Such attacks are not inspired by anything that has to do with Iran, but rather an extreme version of Wahhabism, the official creed of Saudi Arabia, whose vision for the Middle East Trump seems to have eagerly embraced.

In an irresponsible escalation shortly after the attacks, Secretary of State Rex Tillerson has endorsed the idea of a regime change in Iran. He issued his comment, ironically, on the same day that his State Department released documents pertaining to the role the US played in overthrowing the popular government of Mohammad Mossadeq in 1953, an event to which today’s poisoned state of the US-Iran relations could arguably be traced.

EU foreign policy chief Federica Mogherini, by contrast, has reaffirmed once again the EU’s strong commitment not only to the nuclear agreement, but also to a deeper engagement with Iran in diverse areas, from economy and energy to conflict resolution in the Middle East.

Recent history, particularly the process leading up to the conclusion of the nuclear deal, suggests that when Iran is shown a modicum of respect and recognition, it is more likely to respond positively to the concerns of its international counterparts than when bullied and insulted. The EU way of showing such respect puts it in a much better position to persuade Iran to abandon some of its more objectionable ways than threats coming from Washington.

The US could have built on the channel established by Tillerson’s predecessor John Kerry with his Iranian counterpart Javad Zarif in trying to solve outstanding issues, in particular regarding regional conflicts. Instead, the current administration is making sure not only to destroy that channel but also, with its callous and insulting response to the anti-Iranian terrorism, to create damage to US-Iranian relations that may well outlast Trump. This will not advance any of America’s core interests in the Middle East. However, there is nothing to suggest that this administration realizes that.

Eldar Mamedov has degrees from the University of Latvia and the Diplomatic School in Madrid, Spain. He has worked in the Ministry of Foreign Affairs of Latvia and as a diplomat in Latvian embassies in Washington D.C. and Madrid. Since 2007, Mamedov has served as a political adviser for the social-democrats in the Foreign Affairs Committee of the European Parliament (EP) and is in charge of the EP delegations for inter-parliamentary relations with Iran, Iraq, the Arabian Peninsula, and Mashreq.