According to evidence and the testimony given in recent years by over a thousand former members of the Mojahedin-e Khalq (MEK, Rajavi cult) inside and outside Iran, the MEK organization operates as a destructive mind control cult which denies all the most basic human rights to its own members. 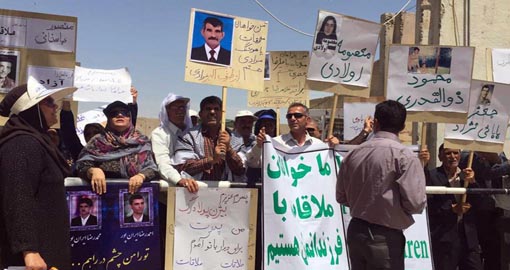 For decades, this cult has deceived honest but inexperienced youth using different tricks, and taken them to Iraq where it has enslaved them both mentally and physically. Psychological techniques are used in this cult for brainwashing and mind control. The answer to any dissent or doubt is solitary confinement, torture, psychological and physical pressures, coercing members to commit suicide, and even murdering them.

Over the past decades, thousands of members have taken any opportunity open to them to flee from this destructive cult and separate themselves from it. Yes, that is right – the Rajavi cult is a place that people have to escape from. It is not easy to leave the group at all since they are held in conditions of modern slavery.

Now that the Rajavi cult, despite all the resistance and obstacles created not to leave Iraq, has been forced to settle in Albania, there is a chance for the families who could not visit their loved ones in Iraq to contact them in Albania.

We, the families, are certain that our children are under severe mind manipulation and brainwashing and therefore have no free will at all. Since their youth when they were first recruited they have been denied any form of contact with the outside world. After decades of this treatment they have lost all their hope for, even knowledge of, a normal life and therefore need their families to deprogram them and return them to normal society.

We learned that the Rajavi cult is trying to replicate the conditions it imposed on the group in Iraq and wants to move all the members to a remote location in Albania where they can be kept in total isolation. This means that their contact with the outside world and the families would be almost impossible.

We also learned that the individual UN refugee allowances of all the members who have been accepted into Albania as refuges are being paid directly to the MEK organization, and this even includes those who have left the cult. This means that these people are forced still to be dependent on the cult and have to obey the cult’s dictates as before.

We, the suffering families who in some cases have had no news of our loved ones for decades, urge the UNHCR and the Albania Interior Ministry to cooperate fully to arrange, firstly direct contact between us and our loved ones, secondly to deal with them individually and not as a group and pay their refugee allowances to them directly, and thirdly to ensure that the members are not imprisoned in any location where they have no contact with the outside world.

Some families of the members of MEK in Albania