FM spox: Statement of MEPs in support of hypocrites worthless

In response to statement of some European Parliament members, FM Spokesman Ghasemi said such false claims have no credibility or value for being based on deception and wrong assumptions.Bahram Ghasemi, who made the remarks in reaction to a recent statement by some Members of the European Parliament (MEPs) against the Islamic Republic of Iran, said “a limited number of European parliamentarians, known for their ties with some hypocrite cults such as MEK (Mojahedin-e Khalq Organization aka MKO), have tried to abuse their position by making false claims about human rights situation in Iran.” 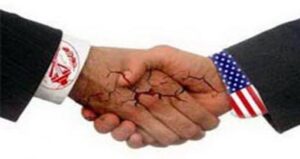 Ghasemi added that MEK terrorists, similar to the past, have published the same statements and statistics with the names of some MEPs as its sponsors without their knowledge and signature; “meanwhile, many active representatives of the European Parliament who are familiar with issues of Iran and the region, have consistently refused to accompany the statement for being aware of the nature of the non-professional and immoral act.”

FM spokesman deemed the measure as an attempt to influence process of engagement, cooperation and growing relations between Islamic Republic of Iran and European countries, which has had very constructive and positive effects in all areas for the parties.

Ghasemi emphasized that the Islamic Republic of Iran, condemning such psychological and promotional tactics, believes in a constructive interaction based on respect for the European Union in all areas of interest to the parties, including issues such as how to expand bilateral cooperation on environmental issues, counter-narcotics, counter-terrorism, human trafficking and organized crime, human rights and other issues affecting the international community.

“We believe that issuing such unfounded statements undermines the status and dignity of the European Parliament and expect MEPs to exercise necessary sensitivity against these measures with careful scrutiny and take action against designers and perpetrators of the recent statement,” he underscored.

He went on the note that, without a doubt, any attempt to bring specific values ​​of a country or region to other societies with different cultures, customs and traditions is an effort to revert to old and outdated paradigms in international relations. We regard such claims based on deception as inappropriate and unconscious assumptions without any credibility or value.

At the end of his remarks, Bahram Ghasemi, emphasized determination of the Islamic Republic of Iran to combat the terrible phenomenon of terrorism adding “Iran has spared no effort in eliminating roots of terrorism, insecurity and instability in the region, and has fought the ugly scourge with all strength and power; as such, effective actions of armed forces of the Islamic Republic of Iran, especially those by IRGC, will continue unabatedly by fighting against Takfiri and terrorist movements of the region, regardless of the rumors created by supporters of terrorists’ crimes.”