Ebrahim Khodabandeh, a former senior member of Mujahedin-e Khalq Organization who defected from the group in 2003, provided details of some less known aspects of the MEK in a speech delivered to scholars of Astan Qods Razavi endowment in Mashhad. 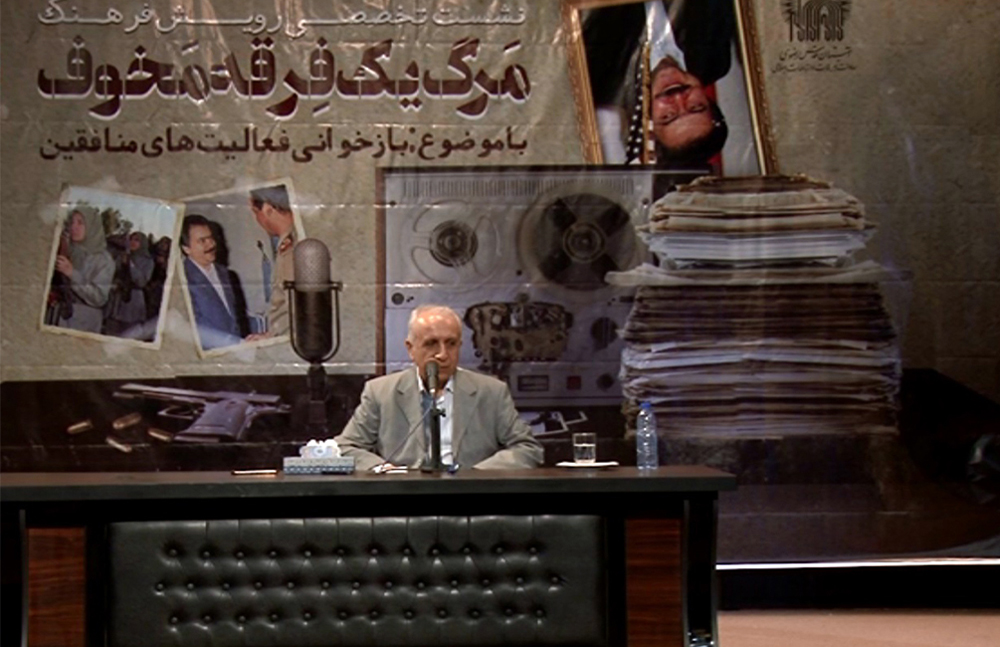 In the first part of his speech, Ebrahim Khodabandeh referred to the cultish nature of MEK and said cults like the MEK highlight real-life problems of people and recruit their members by presenting themselves as the solution to those problems.

He then stated that the MEK which once claimed to be fighting for independence from the United States, now invites and hosts the most extremist American warmongers, who are rejected even by liberals in the West, in its events and gatherings.

Khodabandeh went on to say that the main focus of MEK’s international activities was on Iranophobia. “This approach was in line with Western governments’ desires. We used to demonize Iran to terrify Western people. When they were terrified of Iran, we used to present ourselves as the alternative and asked for their support. This is how the MEK recruited some people and brought them into the group.” He said.

He then pointed out the criminal record of the group and stated: “As confessed in its own documents, the MEK has killed 12000 Iranians. We shall never allow these crimes to be forgotten. One of their best-known betrayals against Iranian people is their cooperation and siding with Iraq in their war against Iran. As Saddam was bombing Iranian cities, Rajavi and his group encouraged him and advised the Iraqi army on the location of their targets. Rajavi ordered MEK members to contact their families in Iran and gather intel about the hit targets under the pretext of greeting their family members.”

Khodabandeh also referred to Iran’s attitude towards MEK members and reiterated: “Nothing in the world is more important to humans than security. Let’s look at Iran’s situation back in the 80s. On one hand, a foreign country has invaded the Iranian soil. And on the other hand an Iranian group is conducting high treason by siding with the enemy in this invasion. Mersad operation is a clear example of MEK’s betrayal to Iran. During WWII in Britain, the sentence of robbery was execution. They used to justify it by saying as all security and Police forces are focused on an ongoing war, robbery is an act against the national security and in favor of the enemy at war. And the sentence of cooperation with the enemy during war is execution. Now going back to Iran in the 80s, all military and security forces of the country are engaged in war. Imam Khomeini issued the right Fatwa and saved the security of people. Many of those MEK members who were not executed in 1988 and release later, moved to Iraq and rejoined the MEK and participated in a direct military operation against the country (Mersad operation). After Mersad operation, MEK members who were still in prison were asked about their ties with the group, and some would still insist on supporting MEK’s activities. It has nothing to do with Islam. Do a research in a country like the U.S. and see what the sentence of high treason is. The Islamic Republic has shown the maximum mercy to an enemy group. I know more than 700 MEK members like myself who are freely living their lives. Many journalists who encountered us were surprised and wondered if it is possible.”