The People’s Mujahedin Organization of Iran (MKO, MEK) is one of the Iranian political-military groups formed, in the mid-1960s, with the purpose of armed struggles against the Pahlavi regime. At that time, the organization was a political, radical Islamist group with a military structure. 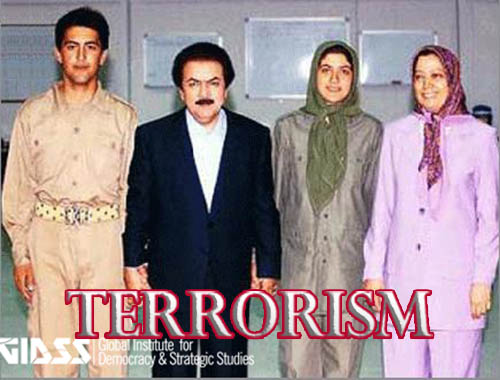 Continuing its activities, the organization moved further away from the Islamic approach in 1978 and turned closer to Marxist trends instead. The above mentioned period, as well as the ideological gap within the organization, led many imprisoned members of the organization to split up. In addition, religious movements such as Islamic Coalition (Mo’talefeh-e Islami) and the clerics affected by Ayatollah Khomeini also stopped their support.

The Islamic Revolution in 1979 was a turning point for the organization, but the honeymoon did not last long since the MKO had taken the other way.

After the Islamic Revolution in 1979, the Mujahedin Organization of Iran considered itself the main pole and axis of the revolution. They believed that the ruling revolutionary forces were not able to lead the anti-imperialist struggle; therefore, people should only follow the MKO. Accordingly, based on occurring incidents and consecutive crises in the revolution, MKO insisted on continuing its monopoly jurisdiction, questioning other political currents while declaring its loyalty to Ayatollah Khomeini.

As an example of their various reactions toward the genuine stream of the Revolution, we can mention their non-returning of the weapons seized from bases during the revolution. They then started to set up an armed underground network, apparently to protect themselves; then training for guerrilla warfare in their safe houses was placed on their agenda.

Some of the most important attempts of the MKO’s opposition to the regime were their support for separatist revolts in Kurdistan, Turkmen Sahra and Gonbad, army disbandment plan, breach of the peace in the Assembly of Experts’ elections, and their non-participation in the constitutional referendum.

After the Islamic Revolution in 1979, the Mujahedin Organization of Iran considered itself the main pole and axis of the revolution

Masoud Rajavi was nominated as a presidential candidate. The announcement of Rajavi’s nomination was confronted with opposition from various individuals and groups. Eventually, Ayatollah Khomeini, with a clear mandate, banned candidates who did not enact the referendum on the constitution. This was an explicit pretext, or order, for the newly established military institutions of the Islamic Revolution, such as the Revolutionary Guards and the Islamic Revolutionary Committees, to suppress the gatherings and meetings of the Mujahedin Organization.

Although the Mujahedin was suppressed and did not allow the taking part in the presidential elections, they were allowed to attend the elections for the first parliamentary term. In that election, none of their dozens of candidates, including Rajavi, was selected.

It is still unclear whether the Islamic Republic of Iran and its security institutions planned an engineering vote for the failure of the Mujahedin organization to enter the parliament, or if the society was strongly influenced by Ayatollah Khomeini not to vote for the candidates of the organization. But whatever was the cause, these two failures created another ground for victimization for their long-term organized disturbances in public and the terrorist activities of the organization. Eventually, in June 1981, Mujahedin and their loyal members raided the streets with all their military forces.

Since June 19, 1981, to the summer of 1982, MKO made every effort to overthrow the Islamic Republic’s regime through military actions, and assassinating the authorities of the regime; a set of actions that caused the heaviest damage to the Iranian government. Some of the most striking impacts of these actions were: “bringing a failure for the regime’s future” (eliminating the heirs of the revolution for the future of the Islamic regime), “breaching of the peace, security and the political stability of the country”, “stablishing the MKO’s military situation”, and “introducing themselves as the alternative for the Islamic Republic of Iran”.

At this point, after the departure of Rajavi and Bani-Sadr from Iran to Paris, the organization entered a military phase and carried out terrorist operations. At the same time, attempts were made to track the “failure future[1]  for the regime” through operating terrorist activities inside the country, and assassinations of high ranking officials and influential Friday Imams.

Some other parties associated with the council, alongside the MKO, were: the Democratic Party of Kurdistan, the National Democratic Front of Iran, the Left United Council (Shora-ye Motahed-e Chap), the Organization of Associate Professors of Iranian Universities, Towhidi Merchants Guild, the Union of Freedom of Work, Aghameh Organization, and later, the Labor Party of Iran, the Labor Movement of Gilan and Mazandaran, and the Union of Iranian Communists (Sarbedaran). Considering the limited number of members of many of these organizations, Mujahedin-e Khalq Organization had the role of Godfather for the council. The establishment of the council has been the only democratic exercise of the MKO over the past 50 years.

Since the organization’s method and policy were entirely monopolistic and dictatorial, all the political parties and groups opposing the Islamic Republic, which was attracted from all over the world, left the National Council of Resistance soon, one after another. At last, after only two years, it was just the MKO and the National Liberation Army remaining with the organization and the name “National Resistance Council” practically turned meaningless.

In the 1980s, the more the terrorist activities of the MKO increased, the more reason was there for the Islamic Republic’s military and security forces to crack down on them and other political opposition and critic groups against the Islamic Republic. It was assumed that the two sides had been involved in a marathon race of killing each other. For instance, according to Masoud Rajavi’s interview with an Arab-language publication, Al-Mosawar, the number of Iranian citizens who were killed by MKO was announced as more than 6,000 people since the entry of the organization until the end of 1983. Based on the organization’s sources, this number raises to 7,000 people, including those killed in Kurdistan and the borderlines. There were 1,200 attempts of operations and destructions in cities during the mentioned period. 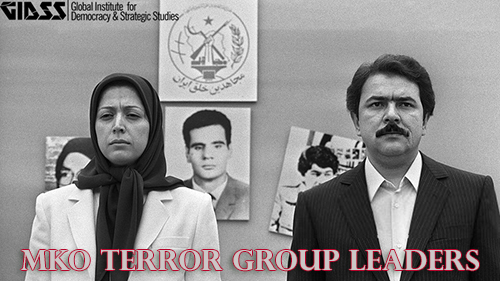 On the other hand, unofficial statistics about killing detainees and suspects, as well as in street fighting and team houses by the Islamic Republic’s security and military forces, reached over 3,000 people. The MKO had moved to Iraq when Iran and Iraq were involved in a full-scale military battle.

Due to the pressures from the French government, and the rejection of other European countries, the People’s Mujahidin Organization of Iran moved its headquarter from Paris to Baghdad in 1986. Saddam Hussein, who was involved in a war with Iran at that time, welcomed Masoud Rajavi. All members of the organization were settled down at a location 80 miles from the Iranian borders, in Diyalah province.

The camp was named after Ashraf Rabiei, the first wife of Masoud Rajavi, who was killed along with Moussa Khiabani, the second-authority of the organization, and more than twenty other members in an attack to the team house of the Mujahidin Organization on February 8, 1982.

With the arrival of the Mujahedin to Ashraf, a complete quarantine of the members was carried out by the heads of the organization. In the videos of the MKO about life in the Ashraf Camp, the camp was introduced as a modern city campus with residential complexes, clean streets and educational facilities, with a museum, mosque, university and a graveyard.

A number of members of the MKO, who left or literally “escaped” from the Ashraf Camp, talked about the pressure of the commanders on the forces. They also admitted the lack of communication with outside of the base since they entered the camp, and the fact that they had been deprived from accessing telephone, mobile, internet and media, except the organization’s television, throughout their stay at the camp. They also called exiting the camp something costly and difficult.

At the end of the Iran-Iraq War, after the weaknesses and subsequent defeats of the Iranian armed forces, MKO, supported by the Iraqi Army, carried out two operations called Sunshine (Aftab) and Chandelier (Chelcheraq) in early 1988, which brought them some major successes such as the seizing of Mehran city.

Following the adoption of Resolution 598 by Iran, before the ceasefire was launched, the organization operated its most extensive attack called “Forough-e Javidan” against Iran. In this operation, the members of the MKO were able to quickly seize the cities of Qasr-e-Shirin, Sar Pol-e-Zahab, West Karand and West Islamabad, moving toward Kermanshah. However, before reaching Kermanshah, they encountered the Iranian forces’ attack at Charzebar Pass Camp and the Iranian Air strikes at the same time (called Mersad Operation) and were defeated.

Chasing the remained forces continued for a few days. According to Iranian government sources, more than 2,500 Mujahedin were killed during the Mersad Operation. MKO announced the number of 1,300 killed.

Failure of the Forough-e Javidan Operation was an end to the military operations of the “Military Liberation” affiliated to the MKO. In fact, with the implementation of the cease-fire between Iran and Iraq, under the supervision of the United Nations, on August 20, 1988, the use of Mujahedin from Iraqi territory to attack Iran was generally ruled out.

One of the most controversial issues regarding the presence of the MKO in Iraq is about their involvement with the Iraqi army in suppressing the Kurdish and Shiite forces after the First Persian Gulf War, which resulted in the death sentence for Saddam Hussein and Masoud Rajavi in courts. The former president, Saddam Hussein, was executed and Masoud Rajavi disappeared.

For further study on the MKO’s terrorist acts against the Islamic Republic of Iran:

Interview with Ayatollah Mahdavi. The head of the time Islamic Revolutionary Committees with Qavamin Publication, June 1991

In 1991, after coalition forces invaded Iraq, Kurds and Shiites rebelled against Saddam Hussein in the north and south of Iraq, which was repressed with much intensity. According to various statistics, 100 to 200 thousand people were killed and more than 2 million people were displaced in the crackdown.

Documentations and evidences about the MKO’s cooperation with Saddam’s regime in killing of Shiites have not been yet collected. For example, the prosecution of Saddam Hussein’s charges against him for the slaughter of Shiites in Dajail, occurred in 1982, was sentenced to death; however there is no evidence available that Saddam and Mujahedin collaborated with each other in other crimes against Shiites.

Iraqi Supreme Court issued an arrest warrant for Maryam Rajavi and 39 members of the MKO on the charges of crimes against humanity in July 2012, but in response to this ruling, MKO called the court “under the influence of the Maliki government”, the Iraqi prime minister, and the sentence as “a gift from the Iraqi government for Iran”.